From BEYOND
Written by David Foster & William Joseph

At the dawn of the new millennium, David Foster took Josh Groban and Michael Bublé under his wing and brought them to international stardom. A couple of years later, Foster applied the same path to another new name in the industry, William Joseph. In Foster’s mind, the skilled composer and piano player was destined to fill the instrumental pop slot occupied through the years by household names like Kenny G. and Yanni. Although Joseph didn’t generate high sales, he quickly built a solid reputation as one of the best piano artists in the classical crossover field. Joseph’s style was a clever mix of his classical origins with some world music influences and a powerful cinematic atmosphere. Joseph’s cds, Within and Beyond, were supervised by Foster in 2004 and 2008 respectfully.

These cds achieve the same emotional impact and sonic grandeur of Groban’s first works under Foster’s guidance. The material, partially co-written with The Hitman, shows the exquisite taste of Foster’s classic albums of the eighties including “The Symphony Sessions” and his seminal 1986 self-titled release.

Although we have previously highlighted two William Joseph gems, “Stella’s Theme” and “Apasionada,” the Song of the Week pays homage to the tender ballad “Once Upon Love.” This orchestral beauty was included on the Beyond cd and proved to be a special treat featuring both Joseph and Foster on piano. The Canadian super-producer has a knack for delivering a world-class melody that pulls all the right heartstrings. This can be heard on “Once Upon Love.” The wonderful melodic theme was given all the required elements to truly make it ear candy. The lush orchestra arranged by William Ross, also the producer here together with Jochem van der Saag, surrounds the elegant and colorful piano playing with evocative power. “Once Upon Love” emotionally echoes the killer instrumentals written by Foster including “Water Fountain” and “All That My Heart Can Hold.” The piano performances are stunning and delivered with total class without any useless virtuosity.

Beyond was a good seller on the Classical Crossover chart by reaching #6 in 2008. 2012 saw the Arizona-born pianist release another cd titled Be Still without Foster in the control room. However, Joseph does stay in the 16-times Grammy winner’s circle of friends. He often appears at Foster’s high-profile charity concerts. 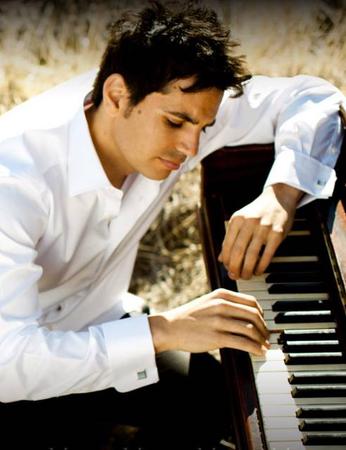