“Love Won’t Let Me Wait” is a gorgeous soul ballad co-written in the first half of the seventies by female songwriter/musician Vinnie Barrett and noted songwriter/producer Bobbi Eli. Eli was a founding member of the popular Philly Soul combo, MFSB (Mother Father Sister Brother). “Love Won’t Let Me Wait” was originally sung by Major Harris (1947-2012), a former member of The Delfonics, on his 1974 debut solo album My Way.

I AM YOUR MAN 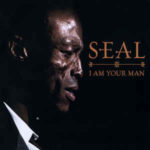 IN THE MIDNIGHT HOUR

Produced by David Foster and co-produced by Jochem van der Saag, Seal’s 2008 “Soul” was a collection of contemporized covers of r&b classics and became a top seller in several countries worldwide. “Soul” was eventually certified gold in the US, platinum in the UK and diamond in France. The album was introduced to international audiences by the popular cover of Sam Cooke’s hit, “A Change Is Gonna Come” that ignited great interest in this new release. In the months that followed, several other singles from that cd made their appearances in the music charts of many different countries.