From SINGLE
Written by Bill Champlin

“Yo Mama” was a smoking, funk jam written by legendary Bill Champlin for his first solo album, Single. Released in 1978 and produced by a young but already gifted David Foster, Single was a sophisticated pop/R&B affair that was pretty close to the blue-eyed territories of Boz Scaggs’ 1976 seminal Silk Degrees. “Yo Mama,” with its rock-solid groove and muscular arrangement, was one of the highlights on Champlin’s album. This R&B mid-tempo sports a soulful atmosphere and a catchy, energetic refrain reflective of the glorious sounds of Sons Of Champlin and other big acts like The Commodores or Tower Of Power .

The song was impeccably crafted by Champlin and Foster with the support of a tight combo that included session aces David Shields playing some mean bass, Larry Tolbert resplendent on drums and the great Ray Parker, Jr. adding some irresistible rhythm guitar licks. Champlin’s B3 Hammond beefed up the sound while Foster definitely sat behind the piano and synthesizer. The vocals on this number were a total knock-out showing that Champlin was at the top of his game. The revered singer/songwriter delivered a showstopper with his powerful, ruff baritone that quickly turned into a sleek, irresistible falsetto that confirmed his superior class and control. Champlin beautifully arranged the smooth backing vocals that blended himself with two world-class vocalists, Carmen Twillie and Venette Gloud. The results were the same ear candy harmonies that can be found on Ms. Twillie’s and Ms. Gloud’s countless session dates with Champlin during those same years. “Yo Mama” also had the presence of the incomparable Seawind Horns. Jerry Hey and his crew were a complete delight on this song with in-your-face breaks and fantastic playing side-by-side with Champlin’s voice. Foster proved with Single that he could easily create the same impressive sounds of established music giants like Quincy Jones and Maurice White. His production, with the skilled ears of Humberto Gatica sitting in the engineer’s chair, was top notch and totally worth a listen today. 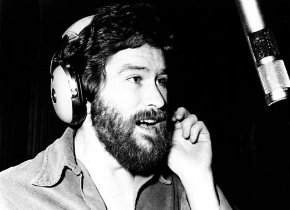