Nigel Olsson’s name is unavoidably associated with Elton John’s band. Olsson has played drums on and off with the UK superstar since the early seventies for over 2,000 live shows and dozens of studio recordings. Olsson appeared on seminal albums like Goodbye Yellow Brick Road, Don’t Shoot Me I’m Only The Piano Player, 21 At 33, Caribou, up to Sir Elton’s most recent recording titled Wonderful Crazy Night released February 2016.

Thanks to his Elton John connection, Olsson developed a solid solo career in the seventies with a few album releases showcasing his catchy, melodic pop vein. His material wasn’t far from light, adult pop singers like Leo Sayer, Kenny Nolan or the late Paul Davis (April 21, 1948 to April 22, 2008) who, not surprisingly, produced Olsson’s 1979 Nigel album. The big plus on Olsson’s seventies recordings was a songwriting partnership with David Foster who brought his musical prowess, melodic talent and arranging bravura to the plate. Olsson and the gifted, young Canadian music-maker co-wrote dramatic ballads including “Please Don’t Tease,” “Something Lacking In Me” and “Cassey Blue” that can be read in the archives. All those songs featured winning melodies, prominent orchestral work and gorgeous piano performances by Foster backing up Olsson’s vocals. Although Olsson did a fair job with his vocal performances, the value of those compositions, the superior craft of the arrangements and execution deserved the confident voice of a Barry Manilow or Olsson’s producer Davis to fully shine.

“All It Takes” was another gem included on Nigel and the Song of the Week. An orchestral ballad, it showed the seeds of what Foster would create a few years later with hits like Chicago’s “Hard To Say I’m Sorry” or Kenny Loggins’ “Forever.” “All It Takes” had an intimate intro with Olsson’s tender singing backed up by Foster’s beautiful piano. The song built up to the powerful refrain in full orchestral mode. The arrangement echoed Phil Spector’s famed “wall of sound” technique, but there were also strong resonances of Brian Wilson and the Beach Boys in the vocal harmonies. Given its radio-friendly potential, “All It Takes” only became the b-side of the album’s last single, “Part Of The Chosen Few,” that failed to chart after two back to back top 40 entries, Olsson’s “Little Bit Of Soap” and “Dancin’ Shoes.” 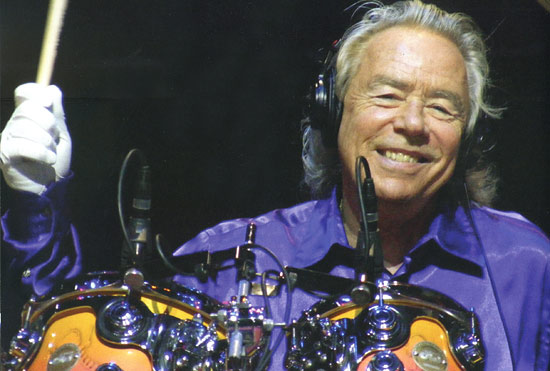