Nigel Olsson is the legendary drummer who has been part of Elton John’s band (with a couple of breaks) for the past thirty-five years. “Cassey Blue/Au Revoir” was co-written with David Foster and included on his 1978 album, “Nigel Olsson.” “Cassey Blue” starts as a sweet ballad, but it suddenly develops into a showcase for Foster who arranges the long symphonic part and plays a very intense acoustic piano break. With an almost classical middle section, “Au Revoir” begins and concludes in a more typical ballad style.
Foster co-wrote three songs on the record that was re-released one year later in the USA with a different title, “Nigel,” and a slightly different track listing that included two minor Billboard hits; “A Little Bit Of Soap” and “Dancin’ Shoes.”
Olsson doesn’t have a very distinctive voice, but it works nicely with the material here even if he strains a little on a few notes. On the other hand, the music is really good here, sweet and breezy in the same pop/AC vein as Barry Manilow or Leo Sayer. The musicianship is first class as well with guests like Paul Schaffer, Jay Graydon, Marilyn Scott, Brenda Russell, Ray Cooper, Bruce Johnston and many others.
Nigel Olsson released another good record in 1980 entitled “Changing Tides.” It included a nice cover of Airplay’s “Should We Carry On.” The drummer also appeared on Foster’s “River Of Love” in 1990. Here’s what Nigel Olsson had to say about David Foster in an interview:
“I’ve done some things recently with David Foster. I love working with him though I don’t ever really know what it’s for when I’m doing it. He tends to cut tracks in the studio and nobody knows who will end up singing the vocals. I always have fun working with David. I’ve known him a long, long time. We used to work a lot together and we have a great comfort zone together because we are on the same wavelength musically.” 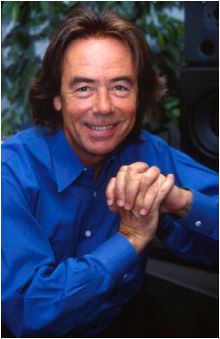 Just believe what mummy says
‘Cause she’ll be there to do the rest,
It’s true
My Cassey Blue
Cassey Blue

We say hello and then goodbye
I love you very much, don’t cry
See you soon Cassey Blue