from FEEL THE NIGHT
Written by Lee Ritenour & Don Grusin

At the end of the seventies, David Foster was building a solid reputation as a gifted songwriter and producer in the pop/rock and R&B fields. Foster was also still part of the A-list in the Los Angeles session world playing keyboards on several high profile releases. He was rightly considered one of the best pop piano players around and his virtuoso skills were enlisted on a wide palette of styles including jazz/fusion projects. Lee Ritenour was another world-class session ace of that decade and Rit’s guitar along with Foster’s keyboards appeared together on several hit records.The Californian guitar hero was developing a successful solo career and Foster became a fixture on his records starting with the seminal 1977 album, Captain Fingers. 1979 saw Ritenour release Feel The Night, another fantastic fusion project featuring his original compositions. The ultra-talented Foster was again found playing a variety of keyboards on five tracks including the only vocal tune, a cover of Leo Sayer’s “You Make Me Feel Like Dancing” with special guest Patti Austin singing the lead vocal which can be found in our archives. It’s difficult to pick the best moment among fusion gems including the title track or the energetic “French Roast,” all delivered by Rit’s amazing guitar and backed up by Foster with other monster musicians including Steve Gadd, Dave Grusin, Joe Sample, Steve Lukather and Abraham “Abe” Laboriel.

The Song of the Week goes to “Market Place,” a bouncy, up-tempo instrumental co-written by Ritenour with Don Grusin. The younger Grusin brother played the gorgeous synthesizer intro, clavinet and electric piano while Foster’s acoustic piano lead the dance joined by Gadd and Laboriel in the all-star rhythm section. Rit’s playing is nothing short of stunning both with the rhythm guitar and his tasteful and powerful solos. “Market Place” was one of those instrumentals that defined the era in the jazz/fusion field as it showcased inventive songwriting, masterful craftsmanship and spectacular playing. The music was jazz-influenced with a funky background and a strong pop sensibility. “Feel The Night” was another bestseller for Ritenour and his last instrumental gem before his successful pop/soul stint with Eric Tagg, Harvey Mason and Foster on the Rit and Rit 2 albums. Those collections delivered pop hits including “Is It You?” and “Mr. Briefcase” previously reviewed here. 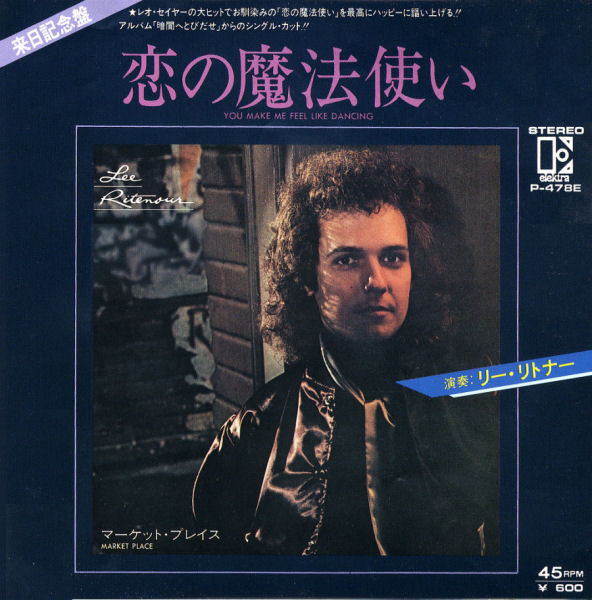