from IF MY HEART HAD WINGS

Melissa Manchester is a singer/songwriter who is a prominent figure in the traditional pop/adult contemporary music scene since the mid-seventies. This talented songbird’s many accolades include two 1979 Oscar nods for “Through The Eyes Of Love” and “I’ll Never Say Goodbye” and a 1982 Grammy Best Female Pop Vocal Performance award for her hit, “You Should Hear How She Talks About You.” Ms. Manchester had a string of Top Ten Pop/AC hits including “Midnight Blue,” “Don’t Cry Out Loud” and “Just You and I.”

In 1995, after a decade without high-profile projects, Ms. Manchester released her comeback cd titled If My Heart Had Wings. This album was a tasteful collection of pop songs, mostly ballads, delivered by the singer with her trademark traditional pop style. The top-notch production was handled by heavyweights like the late Arif Mardin (March 15, 1932 to June 25, 2006)  and Ron Nevison. The overall atmosphere ventures into the most sophisticated pop territories thanks to the expert songwriting and superior playing by session cats including Vinnie Colaiuta on drums, Will Lee on bass, Robbie Buchanan on keyboards, Michael Landau on guitar and many others. Among the songs were a small number of originals co-written by Ms. Manchester. There were a few, select covers including a smart rendition of “Here To Love You,” originally written by Michael McDonald and included on the Doobie Brothers’ 1978 masterpiece, Minute By Minute.

Another highlight of If My Heart Had Wings was “Don’t Let Me Walk This Road Alone,” an inspirational ballad with a gospel-tinged flavor that was first sung by Bebe and Cece Winans on their 1994 cd, Relationships. This evocative composition was co-written by David Foster, his then-wife Linda Thompson and producer/songwriter Keith Thomas. The Bebe and Cece Winans version was also produced by Foster and already reviewed on this website. Ms. Manchester’s take on “Don’t Let Me Walk This Road Alone” features the powerful baritone voice of Wintley Pipps, a skilled gospel singer from Trinidad and Tobago who moved to Canada where he started his career. Pipps eventually brought his performance to several US Presidents and released numerous Christian and Gospel music albums. Nevison’s touch on the track’s production sits comfortably in the adult contemporary zone, pretty close to Foster’s style, but a far cry from his better-known work for Rock/AOR bands like Thin Lizzy, Jefferson Starship, Survivor, Heart and Kiss. The legendary Johnny Mandel handled the string arrangement while Buchanan’s genius on keyboards beautifully accompanied the two singer’s intense performances. “Don’t Let Me Walk This Road Alone” is a brilliant composition that showcased Foster’s unique gift to write a gorgeous musical landscape perfectly matched to Ms. Thompson’s evocative and emotional lyrics. 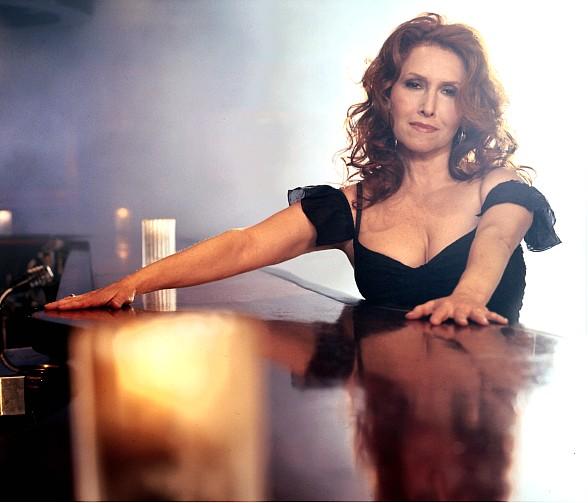 [Chorus:]
Help me now as I start to fall
Shelter me, I don’t ask for much at all
All I need is just one more day
Giving me hope to dream upon
Don’t let me walk this road alone