from OUR LOVE/ROOF GARDEN (single) 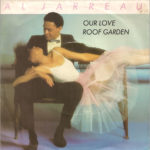 Al Jarreau was a rare talent. Mr. Jarreau’s (March 12, 1940 to February 12, 2017) 1981 masterpiece, Breakin’ Away, was produced by Jay Graydon and set the benchmark of excellence for the LA sound of those years. The late vocal legend with Graydon, his frequent collaborator, Tom Canning and an A-list team of players and engineers created an innovative musical architecture that fused Jarreau’s jazz roots with sophisticated soul sounds. 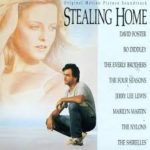 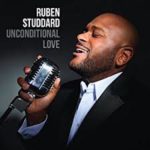 UNTIL THE END OF TIME

Jordan Hill’s 1996 ballad, “Until The End Of Time,” is the only writing collaboration between David Foster and r&b star Brian McKnight to make it on record. These two gifted music-makers have crossed paths in concert and the recording studio. McKnight claims fame for big hits like “Back At One,” “Love Is” (with Vanessa Williams) and “One Last Cry.” McKnight has always mentioned Foster as a mentor and inspiration as well as being a fixture on the Hitman’s famous Foster & Friends touring franchise. 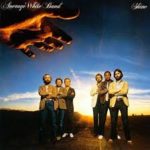