She was born Brenda Gordon on April 8, 1949 (the year varies) in Brooklyn, New York to father Gus Gordon, one of the Ink Spots and a member of the Bill Johnson Quartet, and mother Cinnamon Sharpe, who sang and wrote songs. She would become known as Brenda Russell, a distinguished singer/songwriter of gems including “Get Here” and “If Only For One Night.” Ms. Russell was active in the early seventies with her first husband Brian Russell as backing vocalists for artists including Anne Murray, Cat Stevens, Sir Elton John, Neil Sedaka and Cher . Sir Elton, recognizing the duo’s talent, signed them to his Rocket Record Company and 1976 brought their debut album titled World Called Love.

It was produced by noted engineer Robert Appere who worked with singer/songwriter Sedaka, Little Feat, Earth, Wind & Fire fame and Yvonne Elliman. World Called Love was a tasteful pop/soul collection of original tunes mostly co-written by the couple. Among the songs were a Sir Elton and Bernie Taupin original titled “Tell Me When The Whistle Blows” and a couple of tunes co-written with David Foster. The young Canadian music-maker was friends with the Russells since their tune “Please Pardon Me” was originally recorded by Foster’s group Skylark back in 1972. One of Foster’s co-writes on World Called Love was a danceable jam entitled “Gonna Do My Best To Love You.” This catchy number became the single off the album and one of the Hitman’s first credited hits with a fair share of covers including a good one by Tata Vega. The second track, the gorgeous ballad “Livin’ With You,” is the Song of the Week.

Sporting one of Foster’s classic, heart-wrenching melodies, “Livin’ With You” was nicely coupled with Brenda’s inspired lyrics. Foster’s piano supports the singer’s beautiful performance with a suggestive solo mid-song. The soon-to-be top producer also crafted the delicate strings and arranged a good portion of World Called Love by playing his variety of keyboards on eight tracks.

Foster and Ms. Russell kept their collaboration going and at the end of the decade, Foster suggested her skills as a lyricist to Maurice White. The three ended up co-penning two masterpieces; “And Love Goes On” and “You” for Earth, Wind & Fire’s 1980 Faces album. For those interested, read the past review of Brian and Brenda’s “Gonna Do My Best To Love You.” 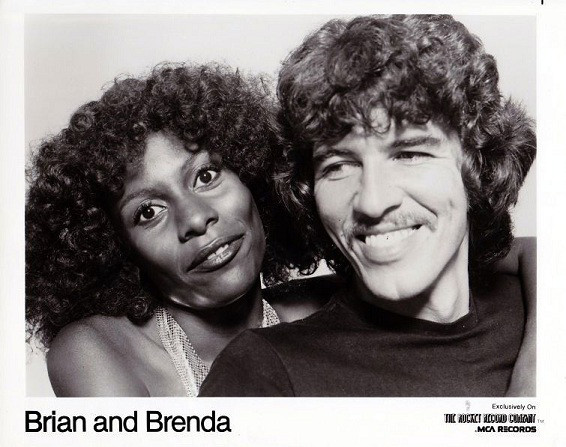