AND LOVE GOES ON

“There aren’t enough words to express how I feel about you, your contribution to musical history and your contribution to my personal growth. You are my mentor. Much of what I’ve learned has come from listening, not only to your music, but dissecting the magic way in which you create it”. These words say something about the role Maurice White has had in the musical evolution of David Foster. We surely know that the love and respect is mutual cause Maurice White has always said great things about Foster’s amazing talent and important contributions to Earth, Wind & Fire’s career.

“I Am”, released in 1979, was the first, unforgettable step of this collaboration.The first taste of the musical marriage of Foster’s pop sensibility with Earth, Wind & Fire’s r&b grooves. Once jazz guitar legend Pat Metheny said that “After The Love Is Gone” was probably the last time that any pop/r&b artist ever managed (attempted?) to get anything that harmonically sophisticated out there to the masses via the top 40. One year later, “Faces” was the follow up, a double album, filled with beautiful tunes like “Take It To The Sky”, “Sailaway” and the first hit single “Let Me Talk”. Here EW&F were even more inspired by the pop sounds of Foster, Gino Vannelli and Toto, no wonder Vannelli’s brother Ross co-wrote “You Went Away” and Toto’s Steve Lukather is all over the funky/rock tune “Back On The Road”. The influence of David Foster is strong all over the project, but especially in the two songs he co-wrote: “You”, a gorgeous ballad that echoes “After The Love Is Gone”, and our incredible song of the week, the up-tempo, feeling good number “And Love Goes On”. From the opening keyboard riff you know it’s a Foster showcase, but listen also to the gorgeous vocal harmonies of Maurice White and Philip Bailey and appreciate the genius behind the arrangements. Check also out the classic strings and horns (courtesy of David Foster & Jerry Hey) and lose yourself listening to the beauty of its sounds.

This song reached Billboard’s r&b top 15 and it was also a minor pop entry. Foster and White have collaborated on other projects for Earth, Wind & Fire and for other artists as well, like Jennifer Holliday, Deniece Williams (look in our archives for those reviews) and the Emotions. Look for EW&F’s new cd, entitled “The Promise”, to be released this month to listen to their timeless sounds and melodies once again. 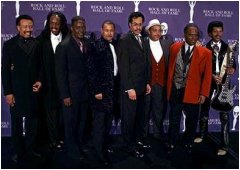 I would be so willing to give you all I got
You’re a special lady, forget me not
I could be so tender, for the likes of you
Let my heart surrender

Everyday, I’m wishing for that day to come
Feeling superstitious hoping she’s the one
One day I’m lonely, next with plenty smiles
Love I find amusing

Oh, oh, oh, and if we can’t work it out
you should know, without a doubt
I will always be the one you can turn to
A friend until the end, no matter where we’ve been
Sometimes you can’t hold on
You got to give it space – yea yea

Baby we can work it out
Yes I really love you, and without a doubt
I can make you happy,
plant good memory that will last forever