For this week’s review, reminisce about Lisa Dal Bello’s song “Day Dream” from her 1977 debut album produced by a young and gifted David Foster. Lisa Dal Bello included some of Foster’s most soulful work to date including “Milk & Honey” and “(Don’t Want To) Stand In Your Way.”

Co-written by the Hitman with the Toronto-born songstress, “Day Dream” was a wicked, funky mid-tempo that was smokin’ hot. Dal Bello’s soul-drenched performance made it easy to mistake the teenager singer for a veteran black diva. She owned the song with her powerful singing supported by an all-star band of session legends. The rhythm section celebrated the late Jeff Porcaro (April 1, 1954 to August 5, 1992) of Toto on drums and Robert “Pops” Powell of Crusaders playing the nasty bassline. The Crusaders/Toto connection continued in the guitar department with monsters players Steve Lukather and Larry Carlton. “Luke” Lukather also made his singing debut on this song performing the back-ups with Dal Bello. Philip Bailey of Earth, Wind & Fire added some color with percussion while Foster conducted the operations on piano with Richard Baker on synth. With its glorious arrangement and sophisticated production, “Day Dream” was the kind of funk/soul number that probably attracted the late Maurice White (December 19, 1941 to February 3, 2016) to David Foster’s supreme talent. In just a year or two, Foster developed this kind of irresistible, soulful jams into masterpieces that can be found on Earth, Wind & Fire’s I Am or between the grooves of perennial hits like Cheryl Lynn’s “Got To Be Real.” During those days, Foster put down irresistible soul anthems like the best funk/soul architects. Check out Lisa Dal Bello to enjoy a top-notch voice and appreciate the blossoming skills of David Foster who walked his first steps on the way to stardom. 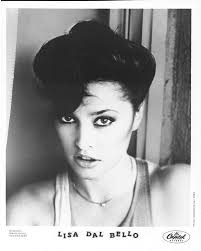