DANCE THE NIGHT AWAY

December 2014 saw the cd rerelease of the late Ray Kennedy’s (November 26, 1946 – February 16, 2014) 1980 self-titled album on the worthy US independent label, Real Gone Music. Produced by David Foster, Ray Kennedy already appeared on cd in Japan around 2002, but what makes the Real Gone Music edition worth having is the inclusion of precious bonus material. There are alternate versions of two songs recorded prior to Foster’s involvement, the rocking “It Never Crossed My Mind” and the gorgeous ballad “Just For The Moment.”

Both songs are nice, but obviously stripped down and different without Foster’s signature print on them showing a richness of the arrangements and weight of the instrumental delivery. There’s also a single version of the catchy rocker “Starlight,” but the real treat of this new, expanded edition of Ray Kennedy is a never before heard bonus track entitled “Dance The Night Away.”

As the title suggests, “Dance The Night Away” was an enthralling disco/funk jam. It sported an irresistible beat, hot rhythm guitars and keyboards with the bonus of lush strings and powerful horns. The song was beautifully delivered by Foster with his usual cast of stars including Toto members Steve Lukather, the late Jeff and Mike Porcaro with Bill Champlin, Tommy Funderburk and Vennette Gloud on vocals plus the Jerry Hey horns that stole the show with their in-your-face breaks. Last, but certainly not least, the absolutely impeccable vocal performance given by Kennedy was exactly right. On this danceable number, the late singer/songwriter echoes the best of Robert Palmer creating a great moment of white funk/soul.

Ray Kennedy was a fantastic collection of adult pop with its various assortment of rock, soul and ballads. With the plus of a spot-on Foster production, Ray Kennedy should have seen success like contemporaries Boz Scaggs or Hall & Oates. To read more about Ray Kennedy, the songs already reviewed here include “You Oughta Know By Now,”  “Just For The Moment ” and “My Everlasting Love” that can be found in the archives. 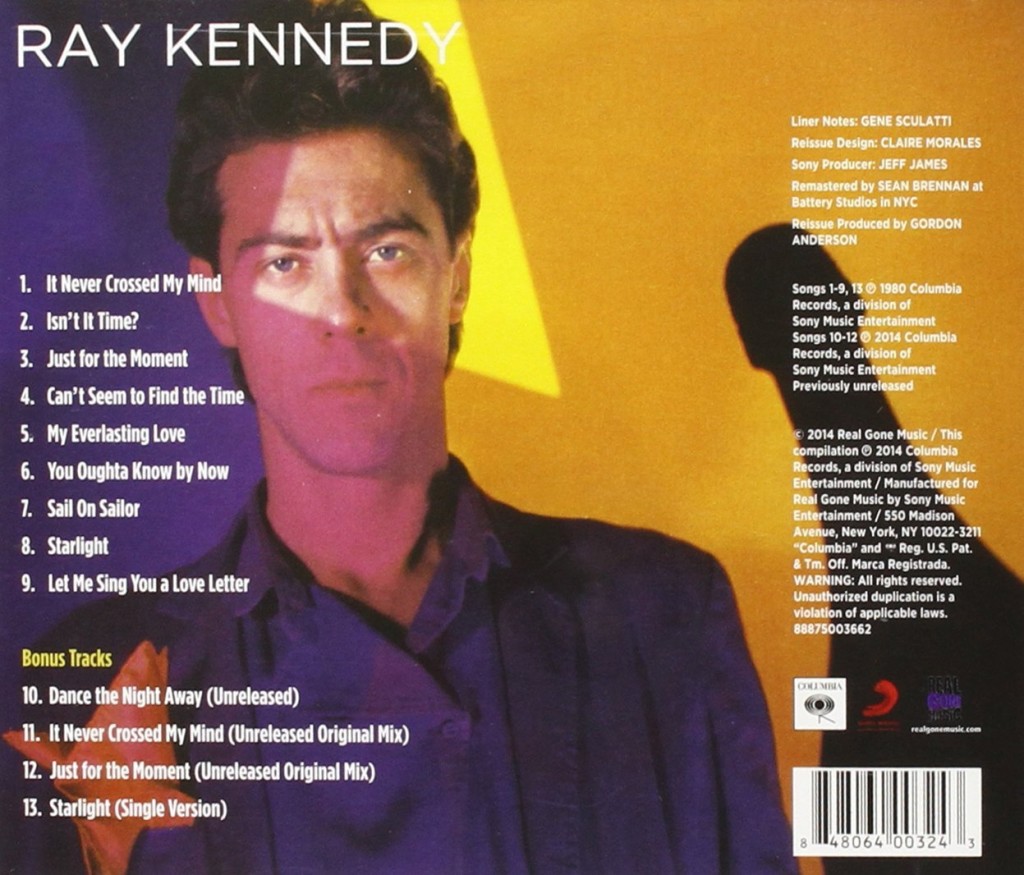