YOU OUGHTA KNOW BY NOW

from YOU OUGHTA KNOW BY NOW (single)

On February 16, 2014, veteran singer/songwriter Ray Kennedy died at the age of 67. Born Raymond Louis Kennedy, he had a long and respected career in the music business that goes back to early sixties. Kennedy could be heard  backing up legends like Otis Redding and Little Richard. He also played tenor saxophone alongside jazz greats including Gerry Mulligan, Dizzy Gillespie and Gene Krupa.

The career of this multi-talented musician started to bloom in 1970 with the release of his first solo album, “Raymond Louis Kennedy.” He would continue his success through his collaboration with Brian Wilson on the Beach Boys 1973 hit, “Sail On Sailor.” Around 1975, Kennedy and music aces Mike Bloomfield and Barry Goldberg of The Electric Flag and virtuoso drummer Carmine Appice started the super-group KGB. They released a couple of interesting albums that mixed blues, rock and jazz before disbanding around 1977. That same year, Kennedy co-wrote the Babys’ Top 15 hit, “Isn’t It Time,” with frequent collaborator Jack Conrad

Kennedy inked a record deal in 1980 with Maurice White’s ARC label. The connection with Earth Wind & Fire brought him in touch with David Foster. Foster went on to produced the album “Ray Kennedy.” It was Foster who gave his trademarked slick pop/rock sound that resulted in the album’s adult rock collection not too far from Toto’s first album and Boz Scaggs’ more intimate material. Adding more sparkle to the recording was monster musicians like Jeff and Mike Porcaro, Steve Lukather, Mike Baird and Jay Winding. “Ray Kennedy” included high-tech rockers and romantic ballads that were mostly co-written by Kennedy with Conrad. On the tracklist was an effective reworking of “Sail On Sailor” and “Isn’t It Time.” A couple of highlights of the album were co-penned by Foster – the love ballad “My Everlasting Love” and the catchy rocker “You Oughta Know By Now.” A terrific up-tempo tune, “You Oughta Know By Now” had hot guitars in the forefront and spectacular musicianship by the all-star backing band. Foster perfectly crafted the track that features impressive, powerful vocals by the singer. Although “Ray Kennedy” was an artistic success, it didn’t generate a lot of chart action. The album still makes for a pleasant listen and is a very good testimony of Foster’s radio-friendly pop/rock approach of those days.

Through the years, Kennedy kept working by writing songs and touring with acts as diverse as Aerosmith, Wayne Newton, Fleetwood Mac and Tanya Tucker.

May he rest in peace. 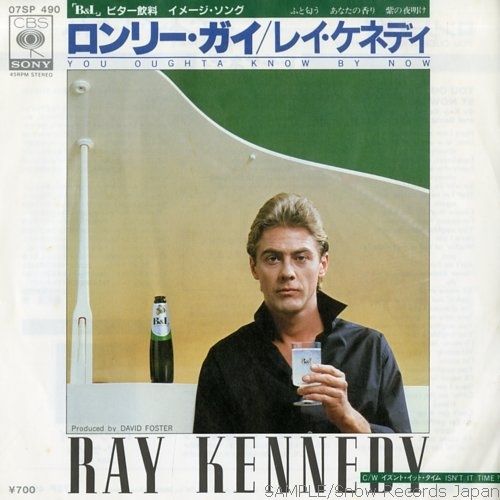