from WHEN LOVE COMES CALLING

June Deniece Chandler, aka Deniece Williams, was one of the most important and gifted American R&B singers of her generation. A multiple Grammy winner, Ms. Williams is well-known for trademark hits including “Free,” “Too Much, Too Little, Too Late” as a duet with Johnny Mathis, “Let’s Hear It For The Boy” and “It’s Gonna Take A Miracle.” All of these hits showcased her fantastic four-octave vocal range and portrayed the unique warmth of her soprano voice.

At the first stages of her career, Ms. Williams had the privilege to collaborate with legend Stevie Wonder as a member of Wonderlove and the marvelous Maurice White of Earth, Wind & Fire who eventually signed the singer to his American Recording Company (ARC) label. It was on the ARC imprint that Ms. Williams released her 1979 album, “When Love Comes Calling,” that was produced by David Foster and Ray Parker, Jr.

In the past, we have reviewed this gorgeous soul/pop collection which produced the #1 disco hit, “I’ve Got The Next Dance,” and a couple of stunning Foster co-writes including the classy title-track and the elegant ballad “Why Can’t We Fall In Love?” In our crosshairs this time around is the wonderful “Touch Me Again.” This song was co-written by Ms. Williams with Tennyson Stephens, a talented musician/songwriter with credits ranging from Michael Franks to Natalie Cole. “Touch Me Again” was a very emotional song with a beautiful melody performed by the singer and enchanting piano playing by Foster. The impassioned power of this gem is enhanced by a magnificent orchestral arrangement written by arranger extraordinaire Jeremy Lubbock. “Touch Me Again” marks one of the first collaborations between Foster and Lubbock and foreshadows what will become a platinum and Grammy-filled partnership. Ms. Williams’ vocals were simply heavenly as she infuses tenderness and passion into her own lyrics. The timeless value of Ms. Williams’ singing and the phenomenal work of The Hitman brings to life a true work of art. You are suggested to close your eyes and lose yourself in the magic that is created. 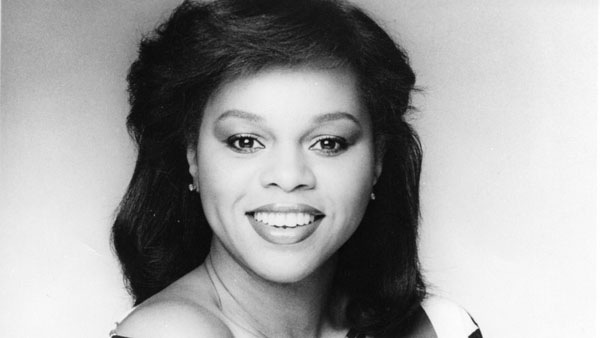