Kimberley Locke is an American singer/model who became pretty well-known after her participation in the second edition of the extremely popular 2003 TV show American Idol. Locke gained a tremendously satisfying third place behind the two heavyweights of the competition – Ruben Studdard who won and Clay Aiken who came in a close second. Soon after the finale, Ms. Locke signed a recording contract with Curb Records and went on to released her first cd, “One Love,” in May 2004.

“One Love” was channeled into Kelly Clarkson’s musical territory with the help of young music-makers like Shannon Sanders and Shaun Shankel, but also veteran Guy Roche of Christina Aguilera and Celine Dion fame. This cd included “Somewhere Over The Rainbow” and “I Can’t Make You Love Me,” a couple of classic songs originally performed by Locke on American Idol. However, the bulk of the cd was made of new songs tailor-made for the singer’s impressive voice and aimed mostly to teenager audiences. The debut single was a catchy, pop/dance tune titled “8th World Wonder” that became a good Adult Contemporary hit at #6 and was a best seller of 2004. “One Love” reached #16 on Billboard 200 and sold more than two hundred thousand copies.

One of the highlights of “One Love” was a rendition of “Without You.” This powerful ballad was co-written by David Foster, Richard Marx and singer/songwriter Samantha Cole who sang it back in 1997 under Foster’s production. Locke performed “Without You” as a duet with her former American Idol colleague Clay Aiken. Their song result is absolutely noteworthy. Both singers shine vocally and Roche’s expert production gives the song a perfect Adult Contemporary atmosphere.

Although Locke went on to release a couple more albums, she eventually started a good career as a model and TV personality.

If you wish to read a review of Samantha Cole’s original take of “Without You,” just click here. 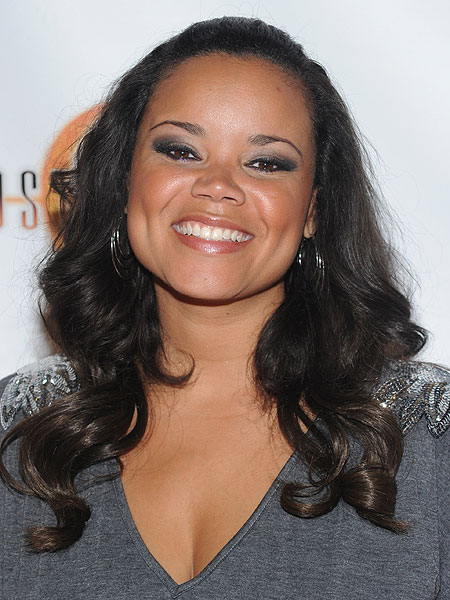 Without you, where do I belong?
Without you, how can I go on?
And No love but yours will ever do
Tell me how am i supposed to live my life?
Without you

Without you, where do i belong?
Without you, how can i go on?
And No love but yours will ever do
Tell me how am I supposed to live my life
Without you?

I feel helpless and, oh, so all alone
Like I’ve never felt before
You made me feel alive
But I don’t remember what it’s like anymore

Without you, where do I belong?
Without you, how can I go on?
And No love but yours will ever do
Tell me how am I supposed to live my life
Without you?

Oh baby where do I belong?
Please tell how can I go on?
Without you…