Jonathan David Buck, aka Jon B, is a talented R&B singer/songwriter who enjoyed a successful run in the second half of the nineties. Jon B started his career as staff writer for super-producer Babyface and penned hits for Michael Jackson, Toni Braxton, Luther Vandross and After 7. The singer’s first two albums, “Bonafide” and “Cool Relax,” were both platinum sellers.

Those albums featured big names like Jon B’s mentor, Babyface, the late Tupac Shakur and funk legend Bootsy Collins. They also included session aces Nathan East, Michael Thompson and Greg Phillinganes. Jon B delivered a modern, blue-eyed soul and brought catchy songs like “Someone To Love,” “They Don’t Know” and “Are You Still Down” to the Top Ten on various charts.

“Cool Relax” became one of the bigger hits of 1997. It was certified multi-platinum and gave Jon B several nominations at the Billboard Music Awards. The album included mostly songs written or co-written by Jon B. Among the impressive list of hip-hop, R&B music-makers on this recording, David Foster worked his magic on a haunting Diane Warren composition entitled “Tu Amor.” In those days, it wasn’t unusual to find these two respected names on modern R&B releases, especially after the triumph of top crossover hits like Toni Braxton’s “Un-Break My Heart,” Shanice’s “Saving Forever For You,” Monica’s “For You I Will” and Brandy’s “Have You Ever.” These songs were all written by Warren and produced by The Hitman. Like those songs, “Tu Amor” is a sophisticated love ballad that has the typical features of Warren’s legendary songbook, an ear-candy melody and catchy, radio-friendly refrain. Foster’s production was the usual top notch affair. He perfectly crafted the song with an elegant arrangement and strong echoes of Babyface’s style that made “Tu Amor” ideal pop/adult contemporary stuff. Foster’s legendary ear also enhanced Jon B’s vocal performance so it’s absolutely on target. Much later, “Tu Amor” was covered by popular Mexican group RBD on their 2006 CD “Rebels.” It was the first single off the album and became a big hit in Japan as well as a minor entry on Billboard’s Hot 100. 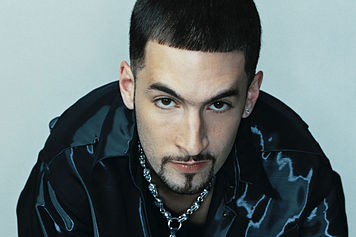 [Bridge:]
You’re the one that
I need in my arms
Believe me these words
I say are words that come straight from my heart
How do I make you believe
Nothing else means as much as what you mean to me