I BELIEVE IN LOVE

“I Believe in Love” is a magnificent ballad that James Ingram co-wrote with David Foster and Linda Thompson in 1993. It was recorded that year by Ingram as a beautiful duet with Hong Kong superstar Sally Yeh and produced by Keith Thomas. Unfortunately, the song didn’t make the international version of Ingram’s new album “Always You,” and was only included as a bonus track on the Asian edition. Thankfully, “I Believe in Love” was released one year later by Yeh on her new compilation album and became a good hit on the Asian market. The ballad has all the elements of a classic Foster hit; a gorgeous melody, superior vocal performances by the singers and the great work on the keyboards by Thomas in the best Foster tradition.

Foster and Ingram later collaborated on the soundtrack of the 1993 movie Beethoven’s 2nd. The result was an Academy Award and Golden Globe nominee duet with Dolly Parton entitled “The Day I Fall In Love.” Co-written by Ingram with Carole Bayer Sager and Clif Magness, it is another masterful production by Foster. 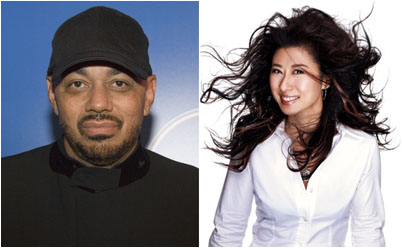