BABY COME TO ME

from EVERY HOME SHOULD HAVE ONE
Written by Rod Temperton 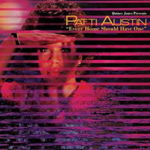 At the beginning of the eighties, the great Quincy Jones produced a string of soul/pop gems including the late Michael Jackson’s (1958-2009) mega-sellerThriller, George Benson’s Give Me The Night, the late Donna Summer’s (1948-2012) self-titled album, his own solo, The Dude, plus Patti Austin’s Every Home Should Have One. All those records became hits for the legendary music producer and his dream team of songwriters, arrangers and musicians that included the Toto guys, the late Rod Temperton (1949-2016), Jerry Hey and David Foster.

THE DAY I FALL IN LOVE

If you are among the many music fans who love David Foster’s unique productions of lush, romantic ballads, you have to listen to “The Day I Fall In Love” from the soundtrack of the  1993 movie, “Beethoven’s 2nd.”

I BELIEVE IN LOVE

“I Believe in Love” is a magnificent ballad that James Ingram co-wrote with David Foster and Linda Thompson in 1993. It was recorded that year by Ingram as a beautiful duet with Hong Kong superstar Sally Yeh and produced by Keith Thomas. Unfortunately, the song didn’t make the international version of Ingram’s new album “Always You,” and was only included as a bonus track on the Asian edition.

From THE DUDE
Written by Barry Mann & Cynthia Weil

A few years ago when David Foster was inducted into the Canadian Music Hall of Fame, Quincy Jones honored him with a special speech. Recently, Jones received a special Leadership Award by the Grammy Foundation, and Grammy board member Foster appeared as musical director for the star-studded event.

WHEN YOU LOVE SOMEONE

“When You Love Someone” is a very special collaboration between Anita Baker and James Ingram, two of the most distinctive and unique voices in the history of R&B music. This gorgeous ballad, co-written by Baker with Academy Award winner Carole Bayer Sager and soundtrack maestro Marc Shaiman, was included in the 1995 hit movie, “Forget Paris,” starring Debra Winger and Billy Crystal.