If you’re seeking a comprehensive look at Chicago’s long and successful career, “The Box” released in 2003 by Rhino Records is the perfect tool. It includes 5 cds and one dvd that showcase the amazing string of Top 40 and Adult Contemporary hits the band has amassed in 35+ years. There are also three songs that come from the 1993 unreleased album “Stone Of Sisyphus.” Among the fourteen songs representing the David Foster era are evergreens like “Hard To Say I’m Sorry,” “Hard Habit To Break” and “You’re The Inspiration.” A
rarity on this box set is “Good For Nothing,” a song recorded during the Chicago 17 sessions that was co-written by Foster and Robert Lamm with famous singer/sonwriter Richard Marx.
This tune was originally part of the 1985 multi-artist charity album, “We Are The World” and was never included on a Chicago album. “Good For Nothing” is
also the last song that Peter Cetera recorded with the band before going solo. It is a solid pop up-tempo thing with a light funk groove that features Lamm on lead vocal. The trademark Chicago horns have some room to shine together with prominent guitar licks courtesy of session ace Paul Jackson plus the usual Foster show on various keyboards and synthesizers. Like all his works with the band, Foster’s production on this one is elegant and high tech. 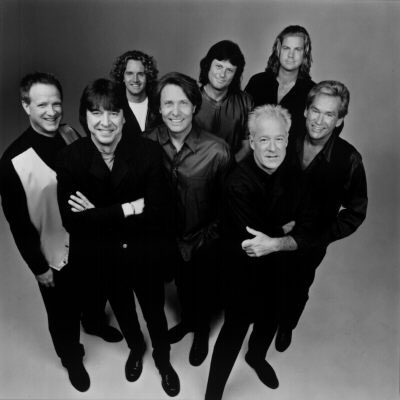 Merchants will always be merchants, of course
But an artist’s is a fragile life
And it’s something I have always believed
The memory cuts like a knife