YOU’RE NOT RIGHT FOR ME

In the Sixties and part of the Seventies, Sonny & Cher were one of the most successful duos in the entertainment industry. During that golden era, the late Salvatore “Sonny” Bono and Cherilyn Sarkasian LaPierre reached the top of the music charts with hits like “The Beat Goes On,” the timeless “I Got You Babe” and “All I Ever Need Is You.” Between 1970 and 1977 they also hosted a few successful TV shows including “The Sonny and Cher Comedy Hour,” a variety show that received many Emmy nominations during its four year run. The couple eventually divorced in 1974 while continuing to work together on “The Sonny and Cher Show” until 1977. That same year saw the release of their final music single, “You’re Not Right For Me.” This disco influenced, feel-good ditty was co-produced and arranged by a young, up and coming musician from Canada named David Foster. “You’re Not Right For Me” marked one of Foster’s first productions ever as he was transitioning from red-hot session man to producer/arranger. During that same period Foster also produced singles for comedy act Cheech and Chong and Neil Sedaka’s daughter, Dara. These were all light-weight pop/dance productions, but of some interest for Foster fans who can appreciate the craft of his arrangements and his masterful keyboard playing. 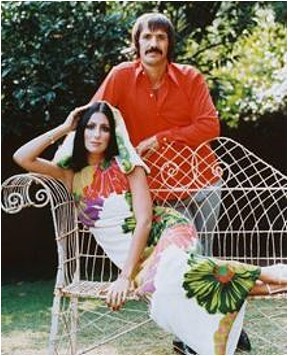