Char is Japan’s most talented guitarist with a career that spans four decades. In 1981 he recorded an album entitled “U.S.J,” produced by Toto’s legendary guitarist, Steve Lukather. Recorded in L.A., it’s a showcase of Char’s talent linked with the super session sounds of that era. Lukather brought in the talent of Jeff Porcaro on drums plus Jay Graydon and Richard Page who co-wrote some of the material. David Foster handled all the keyboards. Check out his wonderful performances at the synthesizers, fender Rhodes and acoustic piano.
There are six tracks included on the record. They are a collection of the slick L.A. sounds enhanced by the sublime playing of the aforementioned big names. There are powerful songs like the opener “Give Me Some Time” or “You Can’t Have Me” that develop along the lines of rock fm of this era. There’s also a jazzy moment entitled “Smokey” with a great piano solo by Foster and a power ballad called “Cry Like A Baby.” The only negative thing about the album is Char’s amateur vocals performances that cheapen the final result. The closing track, “Nice Changes,” is a gorgeous, slow instrumental co-written by Graydon and Richard Page. Here Char does a great job with his guitar. However, focus your attention on Foster’s superb work on the keyboards. There’s something magical in his carpet of fender Rhodes and acoustic piano licks. A final nod to the late Jeff Porcaro’s incredible playing towards the end of the song. He is greatly missed. 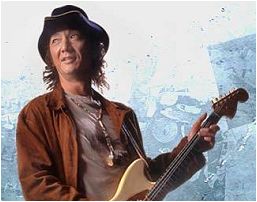