Mariah Carey is the best selling female singer of the nineties. She dominated the charts with a string of phenomenal hits like “Vision Of Love,” “Dream Lover,” and “Hero.” David Foster was the hit machine behind Celine Dion and Whitney Houston, two of Carey’s biggest competitors. At the end of the decade Carey and Focter decided to collaborate for Mariah’s new record entitled “Rainbow”. “After Tonight” was initially intended as a duet between Carey and her then-boyfriend, Latin superstar Luis Miguel. Here’s how Foster remembers it: “The song was written just for Mariah. I had Luis and Mariah record it several different times, but it never sounded right. So she ended up doing it by herself.”
The song is an intense pop ballad beautifully sung by the singer who greatly benefits from Foster’s grand production. The Canadian producer surrounded Carey’s voice with lush strings, the trademark acoustic guitar of Dean Parks, and a delicate arrangement that builds up to the chorus where the song reaches its climax.
Foster co-wrote the tune with the singer and also with hit-maker Diane Warren. “After Tonight” is arguably the only pure pop song on “Rainbow.” It takes the listener back to the days when Walter Afanasieff was producing his gems for Carey and the singer wasn’t that influenced by hip-hop and dance stuff.
Foster, Carey and Warren also collaborated on another song for this project; a tender ballad entitled “There For Me” that didn’t make the final cut and only resurfaced on a cd single in 2001. The producer added these words about his work with the superstar: “Working with Mariah was an extraordinary opportunity for me. It goes without saying that she’s one of the world’s greatest singers, but it was her musicianship that really stunned me. She thinks like a record producer and lays her vocals down like a virtuoso guitarist. Singer, writer, producer…Mariah is a triple threat. Working on this album with her was a wonderful experience from beginning to end.” 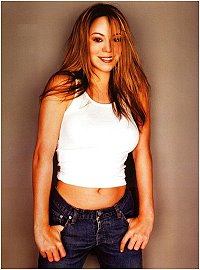 Chorus 1:
After tonight
Will you rmemeber
How sweet and tenderly
You reached for me
And pulled me closer
After you go
Will you return to love me
After tonight begins to fade

Chorus 2:
After tonight
Will you remember
How sweet and tenderly
You reached for me
And pulled me closer
After you go
Will you return to love me
After the night becomes the day