YOU CAN COUNT ON ME

from LET TOMORROW BE/YOU CAN COUNT ON ME (single)

The late Cory Wells (February 5, 1941 to October 20, 2015) was best known as being one of the original members of the popular rock band, Three Dog Night. Wells’ soulful voice was featured on many of Three Dog Night’s hits including “Eli’s Comin’,” “Let Me Serenade You,” “Mama Told Me (Not To Come),” “Never Been To Spain” and “Shambala.” Around 1978, Wells tried to go solo and released an album titled Touch Me.

It was an infectious collection of songs on that dangerous fine line between rock, soul and pop. Jay Graydon and David Foster were among the cats who collaborated on Touch Me that was produced by the singer with David Anderle. We already wrote about Touch Me in our past review of the song “Midnight Lady (Hiding In The Shadows).” Right after the release of Touch Me, Wells went back into the studio with another ace session man and producer, guitarist Louie Shelton. The two crafted “Let Tomorrow Be” for the soundtrack of a forgettable movie titled A Different Story starring Perry King and Meg Foster. “Let Tomorrow Be” was as unremarkable as the movie, but the juicy news for Foster fans came with the b-side, a spectacular ballad called “You Can Count On Me.”

Co-written by the Hitman with Graydon and lyricist Harry Garfield, “You Can Count On Me” is one of those quality songs that only the Airplay guys could have conceived all those years ago. “You Can Count On Me” has a masterful melody, smart time changes and a to die for, evocative chorus. Wells handled the tune with his trademark bluesy voice and his delivery evoked a superior musical affair. “Let Tomorrow Be” tanked spectacularly, so “You Can Count On Me” remained a little known secret for decades until Graydon released the original demo version of “You Can Count On Me” on his 2006 cd, Past To Present  – The 70s. There’s also a past review of that song in the archives.

Given the absolute beauty of “You Can Count On Me” and the pretty obvious chart potential, there’s a feeling that the record company probably made a mistake.  They should have switched sides and put the Graydon/Foster gem in the movie, giving them a solid chance at a big musical hit. Unfortunately, there isn’t any evidence of this assertion, but take a listen. We’re pretty sure you’ll agree. 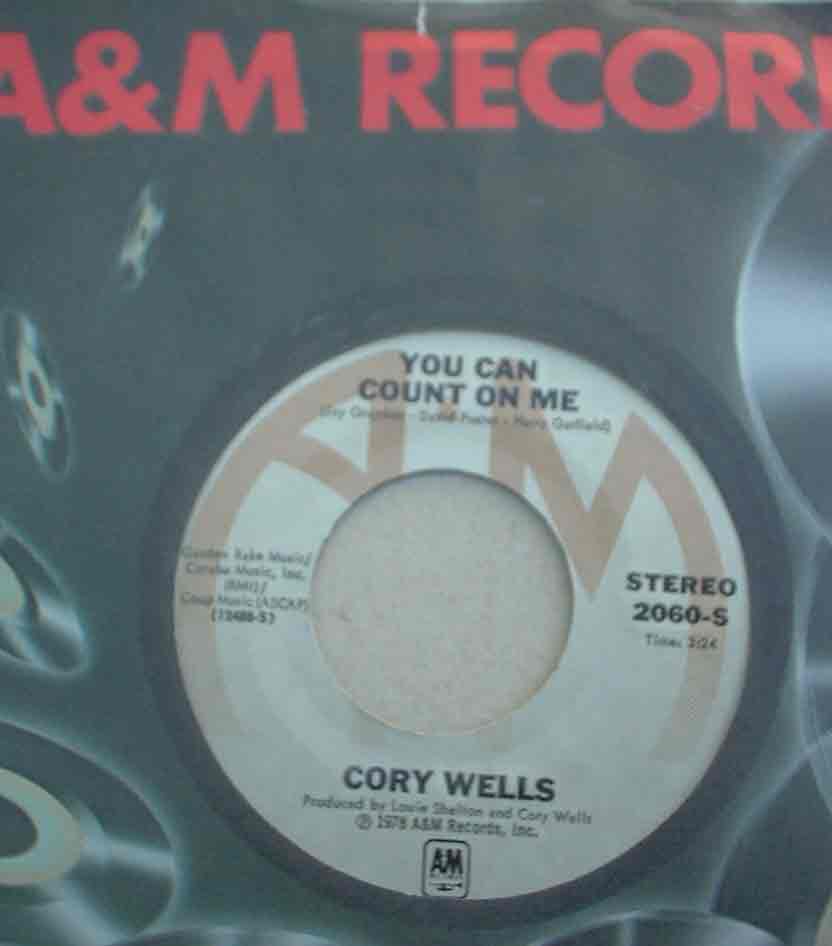