MIDNIGHT LADY
(HIDING IN THE SHADOWS)

From TOUCH ME
Written by Jim Gold

In the seventies, David Foster was an elite session player on the Californian scene. His keyboards were featured on an endless list of albums by a variety of top recording artists, often together with his pal, Jay Graydon, and the Toto guys. Cory Wells’ “Touch Me,” released in 1978, is one of those albums. Wells was an original member of Three Dog Night, one of the best selling rock acts of the early seventies. Foster’s masterful handling of the keyboards appears on all but one track of “Touch Me.” Throughout the record the listener can enjoy Foster’s unique touch on the fender rhodes together with the marvelous guitar work of Graydon, Steve Lukather and Dean Parks. The Airplay guys co-wrote one of the best moments of “Touch Me,” the tender ballad “Throw A Little Bit Of Love My Way.” Graydon contributed the breezy dance/pop number “You’re My Day.” The remainder of the album is made up of tasty, pop/soul stuff enhanced by the strong and bluesy voice of Mr. Wells. “Midnight Lady (Hiding In The Shadows),” is an refined moment on the record with a strong influence of the blue-eyed soul of people like Boz Scaggs and Gino Vannelli. The song’s sophisticated arrangement gives Foster, Graydon, Lukather and the smokin’ rhythm section a chance to groove. Wells recorded another album that same year with Foster and the cream of the L.A. scene entitled “Ahead Of The Storm.” It remained unreleased until 2004. The mood of “Ahead Of The Storm” is very different than the pop/soul of “Touch Me.” It leans towards a stronger, hard rock sound. 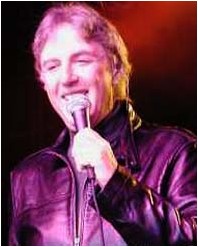