YOU CAN HAVE ME ANYTIME

from IT’S MY TIME

David Foster and Boz Scaggs co-wrote “You Can Have Me Anytime” for the Bay-area singer/songwriter’s 1980 album, Middle Man. That sentimental ballad and its splendid melody immediately attracted the skilled ear of the late Maynard Ferguson (May 4, 1928 to August 23, 2006). At the time, the Canadian trumpet legend and esteemed bandleader was working on his new album that would eventually be titled It’s My Time.

Released in 1980, It’s My Time included a handful of strong, jazzy originals written by Ferguson and his talented band members. Among the material was the title-track, a tad predictable tribute to disco that was fueled by a great arrangement by Tom Tom 84 of Earth, Wind & Fire fame. Tom Tom 84 also cooked a nice cover of Earth, Wind & Fire’s funky number “Star.” Nick Lane, a super-talented arranger and trombone player who has worked with a who’s who of stars including Chicago and Gino Vannelli, co-wrote a couple of goodies and crafted the bulk of this record including an exquisite instrumental rendition of “You Can Have Me Anytime.” Lane’s outstanding arrangement gave a big-band jazz twist to the Foster and Scaggs magnificent composition, creating the perfect setting for his bandleader’s top-notch performance. Ferguson ‘s trademark chops on trumpet and flugelhorn were in the spotlight and delivered here with great feeling and class. The elegant alto saxophone solo was played by Mike Migliore and the incredible overall performance by the band also contribute to this jazzy ear-candy jam. On “It’s My Time,” the late trumpet maestro tackled this kind of pop and soul material with noteworthy results.

In 1982, Ferguson took the experiment to completion with Hollywood , an album under the production of jazz/funk great Stanley Clark. Ferguson performed some juicy instrumental covers of hits by Michael Jackson, Dionne Warwick, Dolly Parton, Sheena Easton and Teena Marie. 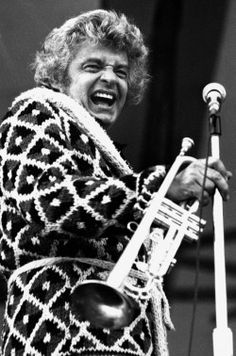