GOT YOU WHERE I WANT YOU

from FRIENDS IN LOVE
Written by Jim Andron & Candy Parton

In the spring of 1982, legendary pop/soul diva Dionne Warwick released her new album for Arista Records entitled Friends In Love. Produced by renowned Jay Graydon, Friends In Love was a stunning example of the most refined adult pop delivered with all the genius tricks that made other Graydon productions, including Al Jarreau’s Breaking Away and Manhattan Transfer’s Mecca For Moderns, milestones of quality pop. Unlike those aforementioned classics, Friends In Love fell victim of an absurd boycott by the record label. The album eventually sold only 200,000 copies and hit the wall at #87 on Billboard’s Top 200.

Nonetheless, the strength of the title-track, a gorgeous duet with Johnny Mathis that was co-written by David Foster, Graydon and Bill Champlin, became a multi-format hit reaching #38 on Billboard’s Hot 100, #5 on the Adult Contemporary chart and #22 on the R&B chart. A past review of that magical ballad can be seen and heard in the archives. Oddly enough, Friends In Love was also the title of Mathis’ album and was also released in the spring of 1982. The Mathis’ record was a more conventional pop affair, mostly produced by veteran music-maker Jack Gold. Both Friends In Love albums presented the Warwick/Mathis duet of “Friends In Love” and included a Warwick/Mathis duet of the catchy mid-tempo called “Got You Where I Want You.”

Co-written by Jim Andron and Candy Parton, “Got You Where I Want You” was given glorious treatment by Graydon. He played guitars and Graydon enlisted his usual partners in crime including Jerry Hey playing the breezy flugelhorn licks and Foster giving an outstanding performance on piano and rhodes. The vocals by Ms. Warwick and Mr. Mathis were their typical quality performances showing sophistication and style. Two of the best singers in the business assisted by Graydon who was known to be a total perfectionist in the control room. If that wasn’t enough, the backing harmonies were handled by the golden voices of Bill Champlin, Richard Page and Vennette Gloud. The final result was a feel-good, soul/pop number with strong radio potential. Even though “Got You Where I Want You” was released as a single in the summer of 1982, its verve and tone went unnoticed by the general masses. 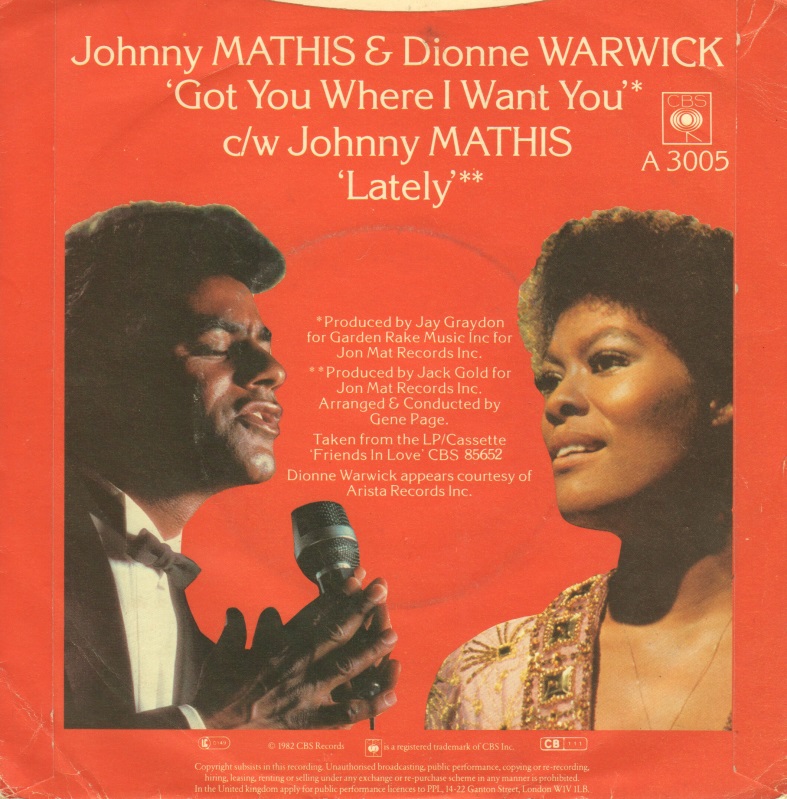