This week, go back to 1980 and the sophisticated soft/rock music of Nielsen/Pearson. The late Reed Nielsen (died November 15, 2014) and his partner Mark Pearson were among those gifted musicians who walked the quality pop road. On their Nielsen/Pearson album, they wrote songs with beautiful melodies, great hooks and arranged them with an irresistible jazzy flavor not far from the Steely Dan or Gino Vannelli world. Lyrically, they were more conventional than Donald Fagen and Walter Becker of Steely Dan. Nielsen’s and Pearson’s music presented similar, unusual chord changes and superior musicianship delivered by session aces comprising of Vinnie Colaiuta on drums, Neil Stubenhaus on bass, Charles “Icarus” Johnson on guitar, Tom Scott and Chuck Findley playing the horns.

Behind the keyboards on Nielsen/Pearson were two soon-to-be big name producers; Peter Wolf and David Foster. The album was produced and arranged by Richard Landis, another up ‘n’ coming music maker, who went on to produce Not The Boy Next Door for the late Peter Allen (February 10, 1944 to June 18, 1992).  Later, Landis built a good career working with country music stars including Vince Gill, Juice Newton and Lorrie Morgan. Foster can be heard on four track of Nielsen/Pearson and his keyboards graced the pop/jazzy mid-tempo “Don’t Let Me Go” that has already been reviewed on these pages.

The Song of the Week spotlight is on the catchy ballad “Love Me Tonight.” This love song is another noteworthy moment on the Nielsen/Pearson album. The tune sports a gorgeous melody with a bonus of Foster playing a memorable layer on his piano and rhodes accompanying Nielsen’s lead vocal. The singer blends nicely with Pearson and session vocalists Jim Haas, Jon Joyce and Stan Farber on the smooth harmonies. “Icarus” Johnson, of Pages and Al Jarreau fame, delivers an effective guitar solo while Colaiuta and Stubenhaus rounds out the stellar rhythm section. “Love Me Tonight” is one of those ballads that had “hit” written all over it. Kinda surprising that the song wasn’t released as a single after the duo scored a Top 40 hit with the breezy pop of “If You Should Sail.”

Nielsen/Pearson went on to release Blind Luck in 1983. Although Blind Luck was another great record produced by Richard Landis, it unfortunately wasn’t a hit and brought the duo to its end. Nielsen continued his songwriting career by penning country hits including “You Better Think Twice” and “Cinderella” for Vince Gill, “Could’ve Been Me” for Billy Ray Cyrus, “Gotta Have You” for Eddie Rabbitt, “Old Flame” for Juice Newton and “I Don’t Call Him Daddy” for Doug Supernaw before his untimely death in 2014. Many of those hits were produced by his old friend and Nielsen/Pearson producer Richard Landis. 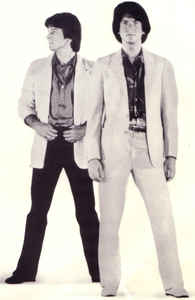