Reed Nielsen and Mark Pearson started out as leaders of The Nielsen Pearson Band that released one record in 1978. That first album included some country-flavored pop but nothing really memorable. In 1980 they renamed themselves Nielsen/Pearson and changed their style, going in the Steely Dan/Pages musical direction. Their first release, simply titled “Nielsen/Pearson,” was produced by Richard Landis and is a superb example of quality pop music. Imagine a slightly simpler version of Steely Dan with Pages’ harmony vocals and you’ll get close to the music included here. The set is divided between refined love songs and highly sophisticated up-tempo numbers. Both Nielsen and Pearson sing leads and are supported by the incredible musicianship of David Foster playing on four tracks plus the monster rhythm section of Vinnie Colaiuta and Neil Stubenhaus. Colaiuta and Stubenhaus played on Gino Vannelli’s “Nightwalker” and Pages’ third record, produced by Jay Graydon, around that same year. Another key element is the elegant and challenging guitar playing of Charles “Icarus” Johnson, another connection with Pages.
We have picked the up-tempo “Don’t Let Me Go.” The sound is very close to Steely Dan due to its rhythm changes, Tom Scott’s horn arrangement, and David Foster’s jazzy keyboard playing. Other great moments are “Annie” and “It Could Be Trouble,” which also contain intricate changes, prominent horns and classy guitar performances. The softer songs are well represented by “Love Me Tonight” where Foster and “Icarus” Johnson shine once again. “If You Should Sail” was the hit single from the album, reaching # 38 on Billboard’s Hot 100 chart.
In 1983, the duo released another record entitled “Blind Luck.” Although very good, it saw them changing the sound a bit with less jazzy arrangements in favor of a more conventional pop/rock style obviously influenced by Christopher Cross and Kenny Loggins. After Nielsen/Pearson disbanded, Reed Nielsen went on to become a successful songwriter in country music writing songs for Vince Gill, Lorrie Morgan and Emerson Drive. 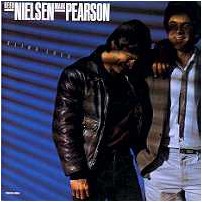