Whitaker is a young American singer with an impressive voice that breathes jazz and blues influences of legends like Etta James and Peggy Lee. She was signed by Foster on Verve Records and Fall 2015 saw the release of her self-titled record. Produced by Foster and co-produced by van der Saag, Brenna Whitaker is a fine collection of classic pop and jazz covers with a few original songs written for the occasion. The cd is perfectly crafted and beautifully executed by Whitaker and her world-class team. Whitaker’s voice is pure joy to listen to on soulful evergreens like “Misty Blue,” “A House Is Not A Home,” “It’s A Good Day” and “My Heart Cries For You.” She masters the classic repertoire previously sung by legends like Ray Charles and Dionne Warwick with confidence, grace and power. All those classic melodies are delivered with elegant strings and horns arranged by Foster and his collaborators Chris Walden and Dan Higgins who cleverly fused the classics with modern backing tracks. The result is extremely hip musically and has a strong radio-friendly appeal. The new songs are also quite interesting. Van der Saag’s original “Sayonara” is utterly irresistible yet the big band rendition of Sam Sparro’s hit “Black & Gold” is worth the price of admission. Another highlight is the pop ballad, “When I’m Gone.” Co-written by Foster, van der Saag and Whitaker with new pop hitmaker Maureen “Mozilla” McDonald, “When I’m Gone” is excellent proof that the Kansas City-born singer could easily become the next big thing on top 40 radio. The track was all played and programmed by van der Saag and Foster plus the song features a catchy melody and powerful refrain. Whitaker’s performance is a knock-out as she perfectly transmits the bittersweet feel of the tune while showcasing her impressive palette of vocal colors. Here, Foster’s unique gift to get the best vocal performance from an artist plus his unmistakable pop sensibility is greatly appreciated.  Van der Saag’s aforementioned top-notch value for his fantastic programming and sound design is also held in high esteem. 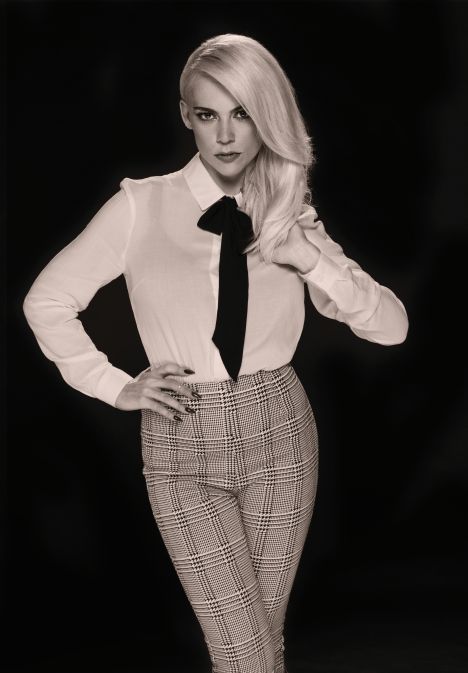