DOES HE LOVE YOU

Patti Labelle is one of the true soul/R&B divas of our times. Her distinctive voice reaches the sky with amazing control and unique power. Her successful career has spanned over fifty years and Ms. Labelle’s soprano voice is still as consistent and impressive today as it was in the beginning. The legendary singer crossed paths with David Foster for her 1997 gold-certified release Flame. The Canadian super-producer crafted two ballads on that Grammy-nominated cd. “You Are My Solid Ground” was co-written by Foster with then-wife Linda Thompson.

A past article may be read on “You Are My Solid Ground.” Foster also had a hand in molding a cover of the 1993 #1 Country hit duet from Reba McEntire and Linda Davis entitled “Does He Love You.” Originally written by Sandy Knox and Billy Stritch and exposing a love triangle, the lyrics of Ms. Labelle’s version of the song went from “does he love you?” to “he doesn’t love you. “For this Song of the Week, attention is focused on Patti Labelle’s “Does He Love You.”
David Foster worked his trademark adult pop magic on this country mainstay exactly like he did on huge hits like “I Swear” and “I Can Love You Like That” for the benefit of All-4-One. Ms. Labelle made “Does He Love You” her own by delivering her signature, exceptional vocal. She approached the tune in a tender, restrained way as the song developed to its exploding, fired-up climax. Ms. Labelle was perfectly supported by the expert hand of the legendary Hitman who provided her an ideal adult contemporary instrumental scenario. The programmed drums, keyboards and synths were pretty typical of Foster’s hit productions from those days and actually complemented the lush string arrangement that raised the level of elegance on this composition.

Ms. Labelle must have loved “Does He Love You” since she included it on her 1998 cd Live! One Night Only under the title “He Doesn’t Love You” noting the little change in the refrain’s lyrics that were present on the Foster-produced version. Live! One Night Only featured many of Ms. Labelle’s classics. The cd also included an energetic remake of the Cheryl Lynn anthem “Got To Be Real” that was hailed as one of the “defining moments in disco.” Co-written by Foster and David Paich and performed with pop/soul diva Mariah Carey, “Got To Be Real” was a shining moment on the Live! One Night Only cd. 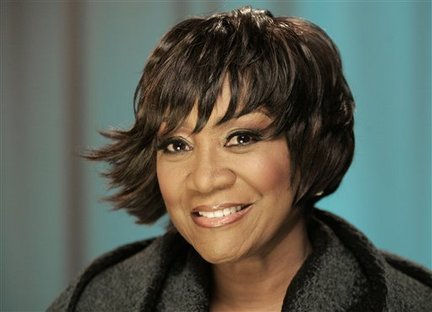