HAVE I BEEN AWAY TOO LONG

From ALONG THE RED LEDGE
Written by Daryl Hall

Both Hall and Oates were quite involved in the realization of this project. They mined their golden songbook and resurfaced many lesser-known gems. Do What You Want, Be What You Are sold over 10,000 copies and reached #89 on Billboard’s Top 200 and #17 on the R&B charts. Although these were very good numbers,Do What You Want, Be What You Are eventually became the third best seller of 2009 behind two releases by The Beatles. Total ear candy from start to finish, Do What You Want, Be What You Areincluded some great tracks produced by none other than David Foster including “Wait For Me,” “It’s A Laugh” and “Time’s Up (Alone Tonight).” When the box set was released, Hall declared to the Huffington Post that “…the bulk of the selection are things that we thought were significant to explain us in a way that we’ve never really been explained before.” These words can be perfectly applied to “Have I Been Away Too Long,” a soulful ballad originally recorded for Along The Red Ledge, included on Do What You Want, Be What You Are and the Song of the Week.

Written in 1978 by Daryl Hall and produced by David Foster, “Have I Been Away Too Long” is a masterful number that showcases Hall’s amazing vocal skills while presenting the duo’s unique rock ‘n’ soul style under Foster’s catchy and refined production. The song’s intimate and delicate intro emerges into a soulful jam dominated by a rousing duel between Hall’s multi-faceted voice and Caleb Quaye’s superior guitar with Foster’s exquisite keyboard playing in the background. Here, Hall’s vocal performance is truly impressive and he proves his notorious range by soaring high on the falsetto. “Have I Been Away Too Long” is one of those precious diamonds that defines the term “blue-eyed soul.” 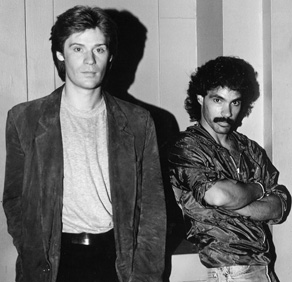