Pop/soul singer Glenn Medeiros enjoyed a brief run of success in the second half of the eighties. This Hawaii-born singer is most remembered for the song “Nothing’s Gonna Change My Love For You,” a tender ballad co-penned by two legendary tunesmiths, Gerry Goffin and Michael Masser.

Originally recorded by soul/jazz great George Benson for his 1985 album “In Your Eyes,” “Nothing’s Gonna Change My Love For You” became a worldwide hit for Medeiros in 1987 and was included on his self-titled debut release. Produced by Jay Stone, “Glenn Medeiros” was essentially a pop affair with soul overtones aimed toward teenage audiences.

The album was mostly arranged by the uber-talented music-maker Tom Keane, the former lead singer/keyboard player of teen duo act The Keane Brothers. Keane suggested to Medeiros to record one of his compositions “Lonely Won’t Leave Me Alone.” That song was a killer ballad that he co-wrote with David Foster and Jermaine Jackson a year before for Jackson’s album, “Precious Moments.” “Lonely Won’t Leave Me Alone” also sported bittersweet lyrics by Kathy Wakefield and was released as the second single from Medeiros’ record. It became another Billboard’s Hot 100 entry for the singer reaching #67. The song, perfectly crafted by Keane, was also a solid Top 15 hit in France. “Lonely Won’t Leave Me Alone” is a trademark eighties Foster affair with its engaging melody, keyboard-driven instrumental backup and warm saxophone playing that support Medeiros’ effective vocal performance. After the pretty good success of Medeiros’ debut album and hit singles, the singer released a few other records that kept the momentum going including “She Ain’t Worth It,” a #1 duet with Bobby Brown in 1990 that was Medeiros’ swan song on the charts.

If you want to read the review and hear Jackson’s original version of “Lonely Won’t Leave Me Alone,” please click here. 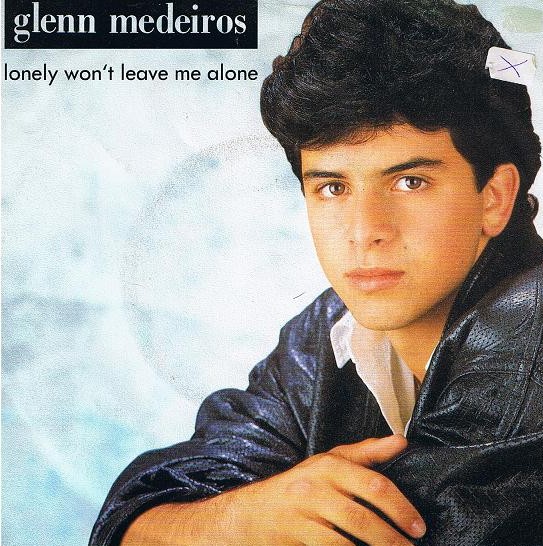 Vocal And Instrumental Arrangement by Tom Keane Produced by Jay Stone

Ooh, ooh
Everywhere I go
Aways by my side
Lonely won’t let me fall in love
Is it a game I play
Or can it be yesterday In my mind always a part of my memory
Why can’t I start out new
And leaves that old feeling too far behind
I guess that lonely needs company

Ooh, ooh
Everywhere I go
Aways by my side
Lonely won’t let me fall in love