Jermaine Jackson, a member of the famous group The Jackson 5, later known as The Jacksons, developed a good solo career between the late seventies and the eighties that brought him some success on the charts. In 1986 the singer released “Precious Moments,” a solid album that is musically close to the successful atmospheres of Lionel Richie. The songs are a mix of up-tempo dance tunes and romantic ballads arranged in the typical style of the era with heavy keyboards, synthesizers and programmed drums. Jackson shared production duties on half the project with Tom Keane, the former teen idol of The Keane Brothers who turned into one of David Foster’s most talented alumni. The rest of “Precious Moments” was in the capable hands of super-producer Michael Omartian, famous for his chart-topping work with people like Rod Stewart and Peter Cetera. The song selection offers the listeners absolute pleasures like “I Think It’s Love,” co-written by Omartian and Jackson with Stevie Wonder. This breezy, horn-driven, up-tempo song was the hit off the album. Another fine episode is the soulful title track, co-written by Jackson and Keane, which has echoes of Foster’s hit with DeBarge, “Who’s Holding Donna Now.” With other famous names from the Foster camp appearing on “Precious Moments” including Jeremy Lubbock, arranger extraordinaire, and Humberto Gatica, the phenomenal engineer, it’s no surprise that Foster’s influence is strong throughout the recording. Keane also produced a lovely duet with newcomer Whitney Houston who shines alongside Jackson on the ballad “If You Say My Eyes Are Beautiful.” Another killer ballad is “Lonely Won’t Leave Me Alone,” co-written by Keane and Jackson with lyricist Kathy Wakefield and Foster himself. The bittersweet love song has a memorable hook and sports an intense performance by the singer. This song was revisited a year later on Glenn Medeiros’ self-titled debut album. Medeiros’ version, also arranged by Keane, had some success on the charts. 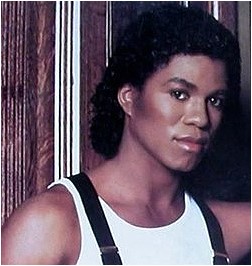 Ooh, ooh
Everywhere I go
Aways by my side
Lonely won’t let me fall in love
Is it a game I play
Or can it be yesterday In my mind always a part of my memory
Why can’t I start out new
And leaves that old feeling too far behind
I guess that lonely needs company

Ooh, ooh
Everywhere I go
Aways by my side
Lonely won’t let me fall in love