from 20 – THE GREATEST HITS

Laura Pausini is Italian, a Grammy winner and an international superstar whose records have sold a whopping forty-five million worldwide. Other than in her home country, Pausini is especially popular in many parts of Europe and Latin America. She sings in Italian, of course, but also perfectly in Spanish, Portuguese, French and English. Thanks to her powerful and flexible voice, this gifted singer has won the attention of big names like Michael Bublè, the late Ray Charles and Luciano Pavarotti, Barbra Streisand, Andrea Bocelli and David Foster.

Pausini got her first big break in English when she was produced by Foster on the 1999 song, “One More Time” for the soundtrack of “Message In A Bottle” starring Kevin Costner, Robin Wright and Paul Newman. Pausini recently stated that working with Foster was an immense thrill. They recorded the song in Los Angeles with some of the best musicians, arrangers and engineers in the business. “One More Time” is an emotional, bittersweet ballad that came from Richard Marx’s fantastic songbook. It presented all the melodic power of the veteran singer/songwriter’s timeless hits like “Now And Forever” and “Right Here Waiting.” The Chicago-born pop/rock star also gave his own interpretation of the song on the “Days In Avalon” cd. Foster produced Pausini’s version with his expert and refined touch. He surrounded the singer’s golden voice with a lush orchestra conducted by the famed William Ross and gave the tune his irresistible adult contemporary spin. Foster himself was on keyboards with Dean Parks dancing around the singer with his gorgeous acoustic guitar playing. “One More Time” was a perfect introduction for the singer to the North American market with its Celine Dion-like adult pop atmosphere. Yet, her subsequent US releases were a bit off target and didn’t bring the exceptional singer the popularity her talent deserves. “One More Time” was recently included in Pausini’s 2013 cd, “20 – The Greatest Hits.” It had many of her best hits, rarities and special duets with guests like Kylie Minogue, Marc Anthony, Alejandro Sanz, and Bocelli. “20 – The Greatest Hits” included a Foster produced Bublè live duet of “You’ll Never Find Another Love Like Mine.” As usual with Pausini’s releases, this new cd became a bestseller and charted in the Top Ten of countless countries. 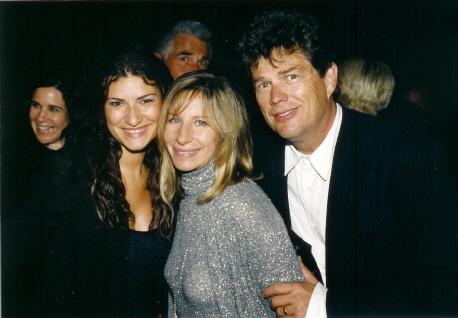