Around the late seventies, David Foster and Jay Graydon were red-hot session players who were making their transition to producers/songwriters. “Should We Carry On” is one of the trademark Foster/Graydon ballads that also gave them a recording contract with RCA.

Here’s how Graydon told the story in an interview years ago:

“David and I were still playing record sessions in the late ’70s and we were on a session for Maureen McGovern. During a break, David started messing around with a ballad idea. I loved his song start, as always, and I wandered over to the piano offering musical ideas. We started refining the song, but had to get back to work. After the recording session, we went to my house/studio and continued to work on writing the song. The next day or so, we recorded a demo. David gave the demo to Tommy Mottola (Daryl Hall and John Oates’ manager at that point and, yes, the eventual head of Sony records). Tommy played the song for the president of RCA at the time and we were offered a record deal.”

The record deal was for the now classic album, “Airplay,” and “Should We Carry On” was released as a single paired with another pop masterpiece, “Nothing You Can Do About It.”

The bittersweet lyrics for “Should We Carry On” were written by Foster’s first wife, B.J. Cook, and were sung by Graydon who did a remarkable job. The instrumental track was based on Foster’s piano and keyboards plus his unmistakable touch enhanced the song’s fantastic melody. Graydon also embellished the track with his typical guitar riffs and the end result is total ear candy.

Given the melodic strength of “Should We Carry On” and the delicious pop/jazzy sounds of the catchy flip-side, “Nothing You Can Do About It,” we are convinced that these songs should have been monster chart hits and
“Airplay” brought to platinum status. Although that never happened, the quality of the music survived through the years and reached many music lovers worldwide. It was these music lovers that gave “Airplay” a well-deserved cult status. Foster and Graydon went on to collect many Grammy’s and sell millions of their subsequent productions, but if you want to discover where it all started, “Airplay” is one of the key moments and should be in your record collection. 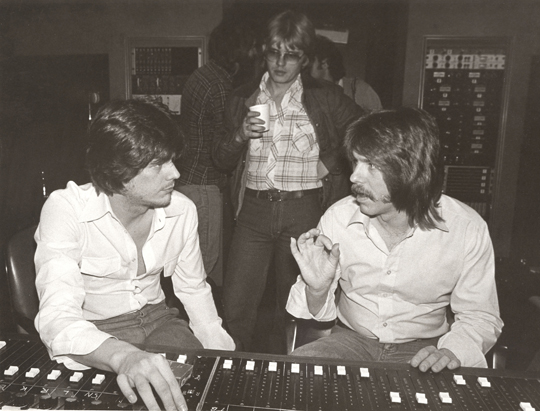