from MEANT TO BE (single)

Ruben Studdard’s soul-drenched version of Michael Buble’s hit “Home” was, without a doubt, one of the highlights of David Foster’s “Hitman Returns.” Studdard, the winner of “American Idol” season two, is one of the best traditional R&B singers around. His warm baritone is a true pleasure to listen to and he can be rightly considered the heir to the late Luther Vandross.

Studdard has toured extensively with Foster and his talent has earned the super-producer’s attention and respect. Foster recently signed Studdard to his Verve label and anticipates the singer’s forthcoming album, “Unconditional Love,” which is out next February. “Unconditional Love” is a collection of pop and soul classics covers including Paul McCartney’s “My Love” and Billy Preston’s “With You I’m Born Again,” a duet with the talented Lalah Hathaway. The album also includes a couple of original tracks, among them the new single, “Meant To Be,” the first fruit of the Foster/Studdard collaboration.

“Meant To Be” is a fantastic R&B ballad with a delicious retro feeling that echoes the classic tunes of the Seventies sung by Teddy Pendergrass and Marvin Gaye. Studdard’s superior vocal charm is in the spotlight. On this tune, he caresses the lyrics and is surrounded by gorgeous strings and horns. The music for “Meant To Be” was co-written by Foster with Bernie Herms while Studdard co-wrote the inspirational lyrics with the help of Jay Landers and Charlie Midnight. The smooth arrangement by Foster, Herms and Jochem van der Saag is nothing short of brilliant while the production handled by Herms and van der Saag is the usual top notch affair.

A special treat for Foster’s fans comes with the inclusion on “Unconditonal Love” of Boz Scaggs’ “Look What You’ve Done To Me,” originally co-written and produced by Foster in 1980. As we wait for “Unconditional Love” release, we suggest quality music lovers and fans of the most sophisticated R&B to look for “Meant To Be” on iTunes. You will be enjoying another gem of Foster’s unique songbook delivered by one of today’s most gifted singers. 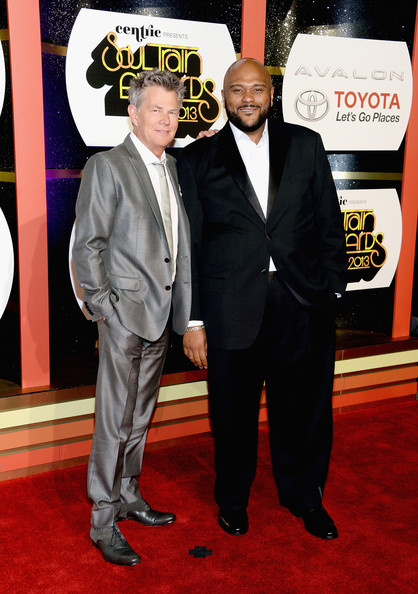