May 2010 saw the release of Charice’s first international album. Her self-titled record debuted at #8 on Billboard’s 200 and sold about  43.000 copies on its first week.

David Foster and his sister Jaymes were the executive producers of “Charice” and enlisted a team of young music-makers to work on the album. The first single, “Pyramind” was a dance number featuring Iyaz and produced by Twin & Alke that became a top twenty single in the UK and a big hit in Japan but it wasn’t well received in the US. The reason could be that Charice was well-known in North America for her brilliant covers of famous ballads by the likes of Celine Dion and Whitney Houston and those audiences probably didn’t buy the modern dance approach of “Pyramid.” Thankfully, Foster produced two tracks on “Charice” that are perfect for Adult Pop lovers. One song entitled “Note To God” was written by Diane Warren and it’s obviously a fantastic showcase for the young Filipino’s voice. “Note To God” was released in the US several months before the album and it helped consolidate Charice’s reputation among music lovers. The second Foster production was another ballad entitled “In This Song.” Co-written and co-produced with the talented Emanuel Kiriakou, “In This Song” was another perfect tool for Charice with its sweet melody and dramatic crescendo. The singer’s voice soars high on this number with its crystal clear tone and impeccable control. Unfortunately the rest of “Charice” wasn’t as impressive with too many songs a tad generic with their teen pop/dance feel. Charice is an amazing talent but we think she’s at the top of her game singing stuff like “In This Song” and can leave the forgettable material to other not as gifted singers. 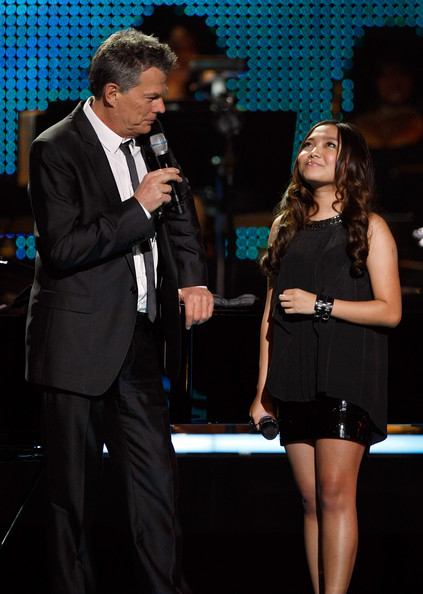 Just sing this song
And it takes me right back where I belong
And everyday there’s a new bridge to cross
But I’m never far from home
If I put my heart, my soul, my all in this song, oh

I don’t depend on friends ’cause they come and go
My belief in myself is gonna carry me through
That’s why I’m learning, oh
I’m learning, yeah, I’m learning to sing

Just sing this song
And it takes me right back where I belong
If everyday there’s a new bridge to cross
But I’m never far from home
If I put my heart, my soul, my all

I may not have all the words that I need to say
And know I won’t always be strong
But I’m never afraid because I hold my destiny
And it depends on me alone, alone so

Just sing this song
And it takes me right back where I belong
And everyday there’s a new bridge to cross
But I’m never far from home
If I put my heart, my soul, my all