from TAKIN’ IT EASY

Soft rock kings Seals & Crofts released a string of successful albums in the Seventies that included popular songs like “Diamond Girl,” “Get Closer” and their timeless hit, “Summer Breeze.” Dash Crofts and Jim Seals delivered a catchy, pop/rock sound with smooth atmospheres that was influenced from time to time by country music, rock and even jazz/fusion.

In 1978 the duo published their record entitled “Takin’ It Easy  that was a collection of pop/rock songs well conceived and performed by Seals & Crofts with the help of their producer, Louie Shelton. Shelton also co-wrote with David Batteau “You’re The Love,” a breezy, disco/pop number that was the hit from the album reaching #18 on Billboard’s Hot 100 and #2 on the Adult Contemporary chart. “You’re The Love,” though extremely pleasing wasn’t exactly representative of Seals & Crofts’ style but followed the trends of what was played on radio those days like the rocking title track that was another minor hit single. The rest of the album was more in line with the duo’s soft rock style like two beautiful and refined ballads entitled “One More Time” and “Sunrise” or an ear candy pop/rock tune called “Breaking In A Brand New Love.” Shelton enlisted a list of session aces to appear on the record like Jim Keltner, Ralph Humprey, Tom Hensley, Marty Walsh and David Foster. Foster played piano on the song “Midnight Blue.” It’s a country/blues tune with fantastic slide guitars, harmonica and piano supporting Seals’ voice singing the tale of some kind of dark lady. A couple of years later, Seals & Crofts released “The Longest Road” that went even further in the sophistication of their sound with a stronger jazzy approach sometimes close to Steely Dan and guests like Chick Corea, Victor Feldman, Mike Sembello and Stanley Clarke. Artistically it was quite an interesting record but its commercial failure brought Seals & Crofts to the end of their musical adventure. 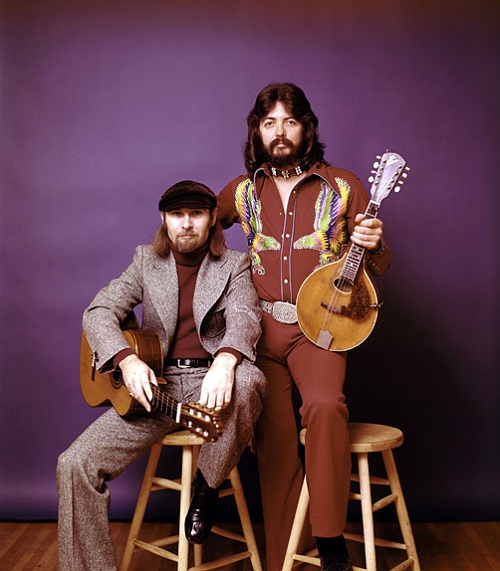 Ain’t no sorrow for that woman. Ain’t no pity for this fool.
She wrote her name upon my window, signed it “Gone, with love, Midnight Blue.”

There’s a story goin’ ’round here, ’bout a woman dressed in black.
Spendin’ money and drinkin’ whiskey, drivin’ ’round in my big black Cadillac.
There’s a shanty down by the river. They say she went there to meet a friend.
They found his body beneath the willows. She signed it “Gone, with love, Midnight Blue.”

There’s a jailhouse down in this county, with its windows oh so high.
They’re gonna hang me come Monday morning, write my soul, Midnight Blue, across the sky.
Now if I ever get to heaven, I’ll look St. Peter in the eye.
And say don’t you ever let that woman ever appear.
She’s Satan’s daughter, in shades of midnight blue.