A CHANGE IS GONNA COME

from SEAL : THE ACOUSTIC SESSION WITH DAVID FOSTER

A gorgeous rendition of  Sam Cooke’s “A Change Is Gonna Come” was the first single off Seal’s 2008 “Soul” album. Produced and arranged by David Foster, “Soul” was a collection of some of the most important classics of the black music of the sixties and the seventies that quickly became an international hit.

Seal’s unique voice and heartfelt performances under Foster’s top notch guidance were absolutely stunning and added to the perfect production resulted in a true masterpiece. A few months after the album’s original release, Seal and Foster performed together live in concert and a cd/DVD of that special event was put on sale, in the spring of 2009, simply entitled “Soul Live.” It included most of the “Soul” record plus a couple of the superstar’s big hits. Foster was the special guest and played piano and keyboards on most of the concert. Another special project to support “Soul” was an intimate music session that Seal and Foster did that saw the light of day, always in 2009, under the title of “Seal: The Acoustic Session with David Foster.” On that occasion the two music makers performed stripped down versions of “A Change is Gonna Come,” “If You Don’t Know Me By Now” and “It’s A Man’s Man’s Man’s World” with just the singer’s voice accompanied the super-producer’s acoustic piano. The result was, once again, pure magic. 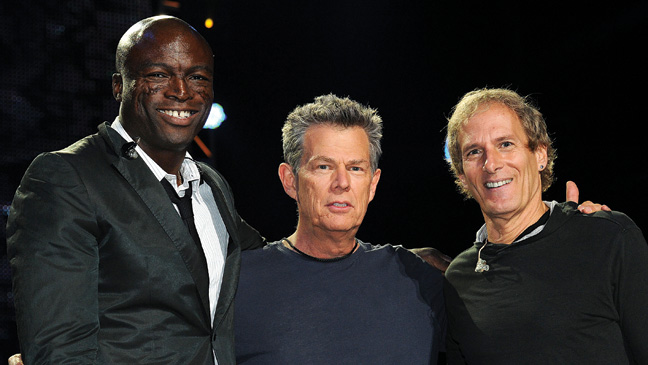 I was born by the river in a little tent
And just like that river i’ve been running ever since
It’s been a long time coming
But i know a change is gonna come, oh yes it will

It’s been too hard living, but i’m afraid to die
Cos i don’t know what’s out there beyond the sky
It’s been a long, a long time coming
But i know a change is gonna come, oh yes it will

There were times when i thought i couldn’t last for long
But now i think i’m able to carry on
It’s been a long, been a long time coming
But i know a change is gonna come, oh yes it will