from LOVE WILL ALWAYS WIN

“Let Me Let Go” is a country/pop ballad included in Faith Hill’s 1998 album “Faith.” Produced by Hill with Dann Huff, “Let Me Let Go” was also a #1 single on the Country charts in the Spring of 1999 and reached #33 on Billboard’s Hot 100. Given the song’s appeal, “Let Me Let Go” was also given to David Foster who re-recorded it adding his trademark adult contemporary flavor. He eventually included it on his soundtrack for the movie “Message In The Bottle.” Foster’s remix was also included on the international edition of the “Faith” album entitled “Love Will Always Win.”

The difference in Foster’s version was to mute the country sounds in favor of a keyboard driven pop sound that’s close to the atmospheres of superstars like Celine Dion and Barbra Streisand. Although Vince Gill did the backing vocals on the original version, Foster completely reworked the song using top notch session aces like Michael Thompson, John Robinson and Richard Page to do backing vocals on this version. This reworked edition of “Let Me Let Go” was a top ten Adult Contemporary hit and Hill went on to perform it at the Grammy Awards in 2000. In 2001, the Foster-produced version was included on Hill’s compilation album “There You’ll Be.” This album also included a cover of “Over The Rainbow” that’s another Foster/Hill collaboration originally recorded in 1996 for the “For Our Children Too” charity album. 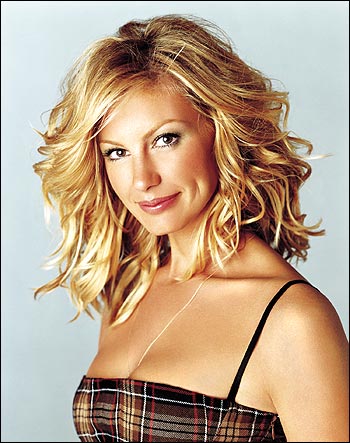 I thought it was over, baby
We said our goodbyes
But I can’t go a day without your face
Goin’ through my mind

In fact, not a single minute
Passes without you in it
Your voice, your touch, memories of your love
Are with me all of the time

I talked to you the other day
Looks like you make your escape
You put us behind, no matter how I try
I can’t do the same

The lights of this strange city are shinin’
But they don’t hold no fascination for me
I try to find the bright side, baby
But everywhere I look
Everywhere I turn
You’re all I see

Let me, let me let go, baby, won’t you
Let me let go
It just isn’t right
I’ve been two thousand miles
Down a dead-end road