Recently, UK label Big Break Records, has started a series of reissues including some of the best soul/R&B records of the seventies and the eighties. Their catalogue includes albums by seminal artists like Heatwave, The Pointer Sisters, Deniece Williams, The Isley Brothers, Ashford & Simpson and many, many others.

Their re-releases come with extended liner notes and includes interviews with the artists and bonus material not on the original releases. In 2010, Big Break Records offered a remastered version of “Faces,” the magnificent double-album by Earth, Wind & Fire originally out in 1980. This album, that EWF leader Maurice White once defined as his favorite, found the legendary group at the maximum heights of its inspiration.
“Faces” is a dream for listeners who love ear-candy melodies, tight grooves and extraordinary musicianship. This album includes great songs like the hit singles, “Let Me Talk,” “You” and “And Love Goes On” all presented also as bonus tracks in slightly different versions used on the singles’ releases. The latter two were co-written by David Foster who also played keyboards on the album. What’s less known is that Foster also arranged the strings on several cuts including the spectacular title-track. “Faces,” the song, is a mostly instrumental jam that’s based on an infectious soul/jazz groove built-up by EWF’s rhythm section. On top develop several great solos with instrumental breaks and changes to die for. Foster, who arranged the strings, and Jerry Hey, who wrote the horn arrangement delivered some of their most challenging arranging work to date. “Faces” is a must listen for those who love music and this new remastered version is absolutely worth having. Thirty-one years after its original release, this album hasn’t lost one bit of originality and appeal and demonstrates once again the greatness of Maurice White and his group. 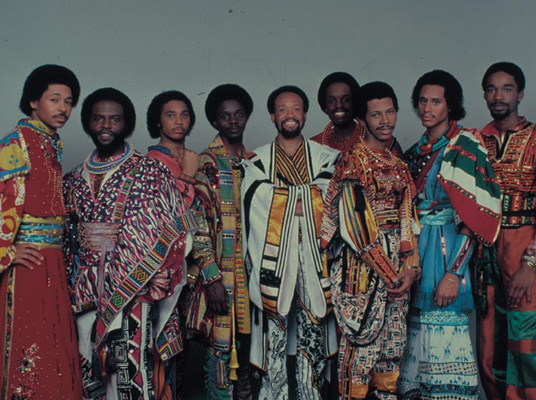 Many faces listen to the sound
Different places, span the globe around
Finding traces true in everyone
No there’s nothing new, under the sun

Many faces listen to the sound
Different places, span the globe around
All the races, forever speeding up
Now fulfillment of the loving cup