LEARNING HOW TO LOVE YOU

David Foster’s first work with legendary former Beatle George Harrison was in 1975 for the album “Extra Texture—Read All About It.” Foster played on several tracks of that record and wrote the string arrangements.  That same year, Harrison also signed Foster’s all-star band Attitudes to his Dark Horse Records label. The up’n’coming keyboardist was subsequently enlisted to play on Harrison ’s follow-up record, “Thirty-Three & 1/3.”

Released in 1976, “Thirty-Three & 1/3” is one of the most positive and happy records of Harrison’s career. It was a Top 15 hit in the U.S. and certified gold. “Thirty-Three & 1/3” included the upbeat, R&B influenced “This Song” that’s clearly an answer to the court problems Harrison faced for “My Sweet Lord” a few years before. “This Song” became a hit in the U.S. reaching #25 on Billboard’s Hot 100. There are other goodies on the album like “Crackerbox Palace,” a catchy pop number that also made the charts at #19 and “Pure Smokey,” a classy pop/soul moment with great soloing and top notch performances by music greats like Tom Scott on sax and Richard Tee on keyboards. Foster played on a few cuts of “Thirty-Three & 1/3,” the best one being the enchanting ballad “Learning How To Love You.” It’s the album’s closer and what a way to go!

“Learning How To Love You” is a sophisticated ballad originally written for singer/trumpet player Herb Alpert who didn’t record it. Harrison said it was his best ballad since “Something” so he decided to cut it himself. His vocal performance is perfect and he has a beautiful acoustic guitar solo. The singer is supported here by Foster and Tee on keyboards with Scott’s great horn playing. “Learning How To Love You” is an absolute joy to listen to for its elegant and refined mood. 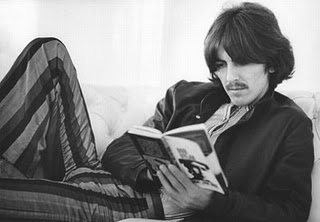