from PIZZA AND FAIRY TALES

In the autumn of 1984, David Foster went to the UK to collaborate with former Beatle Paul McCartney on new songs for the superstar’s next project. Foster recently said it was a dream come true for him as McCartney was one of his idols and he was absolutely convinced they would write new masterpieces together.Unfortunately, things didn’t develop exactly as expected at those sessions… maybe because both McCartney and Foster weren’t exactly in their best musical moment or just because the collaboration happened at the wrong time. One of the songs that did come from the collaboration was “We Got Married.” It resurfaced, slightly remixed, years later on the album “Flowers In The Dirt.” The original version of that song and a couple other things from the Foster sessions were later included on in an unofficial release entitled “Pizza And Fairy Tales.” That double cd presented a lot of the unreleased McCartney stuff that was recorded throughout the eighties. Two of the tracks originally co-produced by Foster and McCartney in late 1984 were “I Love This House” and “Lindiana.” “I Love This House” is a decent rocker with guest David Gilmour of Pink Floyd on guitar. “Lindiana” is truly a welcome surprise cause it pretty well matches McCartney’s immense melodic talent with Foster’s sleek and keyboard-driven arrangement. Foster’s moog bass and synths are in the spotlight surrounding Macca’s sweet vocals. The song’s refrain is also memorable and pretty effective. We think it would have been a hit if released in any form back when it was written.

The rest of “Pizza And Fairy Tales” includes collaborations with other super-producers like Hugh Padham and Phil Ramone. It is of absolute interest for Beatle and Paul McCartney fans alike. 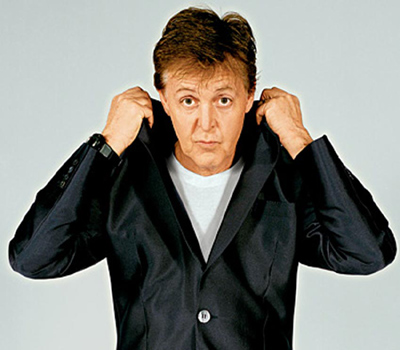