from THE BEST OF THE BROTHERS JOHNSON

In the seventies, The Brothers Johnson were one the leading names of the most sophisticated r&b music movement. Virtuoso Bass player, Louis Johnson and his brother, singer and guitarist George Johnson created a powerful funky machine through their connection with super-producer Quincy Jones.Their association resulted into a string of four consecutive  #1 albums on the r&b charts. Those albums included monster hit jams like “I’ll Be Good To You,” “Strawberry Letter 23,” “Stomp” and “Ain’t We Funkin’ Now.” In 1978 The Brothers Johnson released an album entitled “Blam!!.” Again produced by Jones, “Blam!!” saw David Foster among the A-list players appearing on the album. This #1 album marked the first collaboration ever between the up’n’coming Canadian musician and the legendary music-maker. Foster played synth and electric piano on the album as well as co-writing a couple of songs. We already reviewed the smooth ballad, “So Won’t You Stay” in the past and this time around we focus our attention on the smokin’ title track. “Blam!!” is a wonderful funky/dance jam, co-written by Foster with Q and the Brothers Johnson. The arrangement is pretty typical of Jones’ style of the era with a gritty beat embellished by synths,  jazzy horns and smooth vocals. This track and the whole album demonstrate that funky music, into Jones’ capable hands, can be raw and sophisticated at the same time. In 1999, Spectrum Music, has released a collection entitled, “The Best Of The Brothers Johnson” that presents the song “Blam!!” as well as all the other hits of this talented r&b duo. It really makes for a fantastic listen for those who can’t get enough of the best sophisti-funk of the seventies. 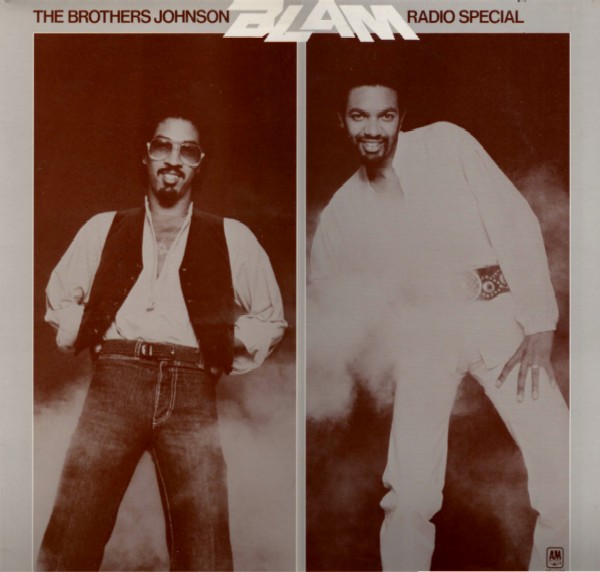