ME AND MRS JONES

From CALL ME IRRESPONSIBLE

Released in Spring 2007, “Call Me Irresponsible” was Michael Bublè’s third album. It was another huge worldwide success for the singer who again placed his own personal stamp on famous material from various eras. David Foster with Humberto Gatica produced all but one track for the project. Foster also masterfully arranged the album and played his usual variety of keyboards.

What really makes the difference on “Call Me Irresponsible” is the craft of the instrumental arrangements. Eric Clapton’s “Wonderful Tonight” with special guest Ivan Lins is transformed into a soothing bossanova by Foster’s golden touch. There are also spectacular renditions of Leonard Cohen’s “I’m Your Man,” Mel Torme’s “Comin’ Home Baby” with Boyz II Men and Elvis Presley’s “Always On My Mind.” Bublè takes no prisoners with his smooth vocals caressing the listeners throughout the album.

A true showstopper is the cover of Billy Paul’s R&B staple “Me And Mrs. Jones.” This particular song creates absolute bliss because it is a perfect match for the singer’s voice, has an ideal musical background courtesy of Foster and employs Gatica’s fantastic state of the art sound. Classy popular music just can’t better than this.

In 2008, “Call Me Irresponsible” won a well-deserved Grammy for Best Traditional Pop Vocal Album. The single “Everything,” co-written by Bublè and produced by Bob Rock, topped the adult contemporary charts in the US and was a worldwide hit. Another Bublè original entitled “Lost” was an intense ballad that followed in the footsteps of his previous giant hit “Home.” Look for Bublè’s new cd, “Crazy Love,” to be released in October with Foster, Rock and Gatica again at the helm. 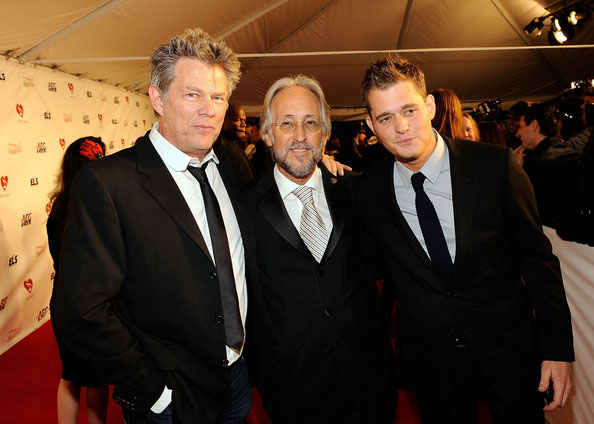 Me and Mrs Jones, we got a thing going on
We both know that it’s wrong
But it’s much too strong to let it go now

We meet ev’ry day at the same cafe
Six-thirty I know she’ll be there
Holding hands, making all kinds of plans
While the jukebox plays our favorite song