SPIES IN THE NIGHT

From SPIES IN THE NIGHT/SMILE AGAIN (single)

In 1981, The Manhattan Transfer released their album “Mecca For Moderns.” It was the vocal super group’s second collaboration with producer Jay Graydon. The album became an immediate hit on both the jazz and pop charts with platinum plus sales and multiple Grammy wins.

The first single, “Boy From New York City,” is a cover of the 1965 classic by the Ad Libs and went to #7 on Billboard’s Hot 100 and #4 on the Adult Contemporary chart. David Foster played piano on “Boy From New York City.” He also co-wrote “Smile Again” with Graydon, Bill Champlin and Alan Paul and “Spies In The Night” with Graydon and Paul. As a follow up single, “Smile Again” is a magnificent ballad that’s as smooth as silk. Beautifully sung by Paul and Janis Siegel, it was also a minor entry on the adult contemporary chart. “Spies In The Night” is an up-tempo goodie that carries the listener into the typical atmosphere of a James Bond movie. Given the use of parts of the original Bond theme, its author, Monty Newman, was later on credited as co-writer of “Spies In The Night.” Even though the song is pure ear candy, sports a spectacular instrumental arrangement and top notch vocal performance, it failed to chart on Billboard’s Hot 100 and only reached #103 on the Bubbling Under chart. It’s easy to say that both songs were clearly too modern and sophisticated for 80’s pop radio listeners. In 2004, The Brian Setzer Orchestra, a popular big band/blues group lead by former Stray Cats leader Brian Setzer, covered “Spies In The Night” on their album “The Ultimate Collection
Live.” 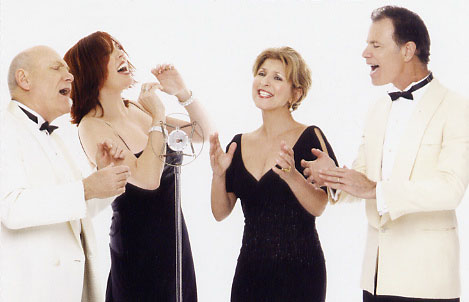 Spies in the night
They go wherever you are
You’re in their sight
Watch out for spies in the cold, cold, restless night

Heartache like a burning, turning fever
Someone tells his girl that he will leave her
Ooo her ravaged eyes
Kiss goodbye the years of hidden lies

Sorry, now you will pay

Cheryl: Hello
Alan: The winds are calm in the channel.
Cheryl: The boat will sail at midnight.
Alan: Listen very carefully to me. I don’t have much time and I’m being watched.
Cheryl: You’re being watched – By who?
Alan: I have your pictures.
Cheryl: Oh. Thank you. You don’t know how much this means to me.
Alan: Do you have my money?
Cheryl: Yes. Of course I do.
Alan: Meet me in an hour. Position A. Code 3XZ. I’ll…
Cheryl: Hello! Hello!! Hello!!!