MY ONE TRUE FRIEND

Known by fans as The Divine Miss M, Bette Midler is a true showbiz legend who has triumphed as a singer, actress and comedian. Given her superior and various talents, Midler has won several Emmy, Tony and Grammy Awards plus was nominated twice for an Academy Award. The superstar has a long string of movie hits as well as many gold and platinum albums.
In 1998, Midler recorded her ninth studio album entitled “Bathhouse Betty.”This varied and extremely appealing collection was a return to form for the singer after the not so encouraging results of her previous offering, “Bette Of Roses.””Bathhouse Betty”presents comedy and festive tunes like “Ukulele Lady”and “Laughing Matters.”There are also moving, intense moments like a cover of Leonard Cohen’s “Song Of Bernadette”that opens the album. One of the best songs on “Bathhouse Betty”was “My One True Friend,”a nostalgic ballad co-written by David Foster and Carole Bayer Sager with legendary singer/songwriter Carole King. “My One True Friend”was also the theme song from the movie “One True Thing”with Meryl Streep and William Hurt. Superbly arranged and produced by Foster, this beautiful ballad gives Midler plenty of room to shine with her trademark vocals. It follows the same musical footsteps of other Midler’s hits of the nineties like “From A Distance”and “Wind Beneath My Wings.””My One True Friend”also became an adult contemporary hit while its parent album was certified gold. 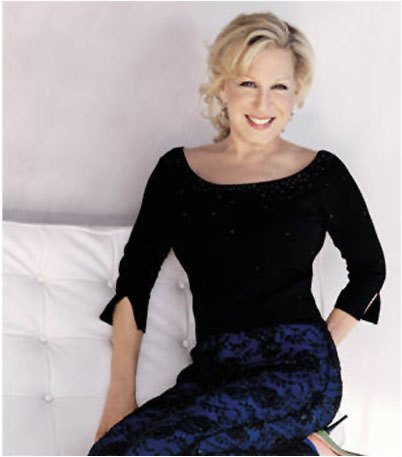 And now, is it too late to say
How you made my life so
different in your quiet way?
I can see the joy in simple things,
a sunlit sky and all the songs we used to sing.

I have walked and I have I prayed.
I could forgive and we could start again.
In the end, you are my one true friend.
For all, all the times you closed your eyes,
allowing me to stumble or to be surprised,
by life, with all its twists and turns.
I made mistakes, you always
knew that I would learn.

And when I left, it’s you who stayed.
You always knew that I’d come home again.
In the end, you are my one true friend.
Though love may break, it never dies.
It changes shape, through changing eyes.
What I denied, I now can see.
You always were the light inside of me.