NOTHING CAN STAND IN YOUR WAY

From A TO Z
Written by David Foster, Alfie Zappacosta & Bob Rock

Canadian singer/songwriter Alfie Zappacosta made some buzz on the charts in the eighties with his 1984 album-oriented rock self-titled debut album. The whole record met positive reviews and immediately spawned a #1 single on the Canadian charts with “We Should Be Lovers.” The album would go on to included another huge hit, “Passion,” co-written with hit songwriter and frequent Kiss collaborator Bob Ezrin. “Zappacosta,” fueled by the two hit singles, won the singer a Juno Award as “Most Promising Male Vocalist.”

Given his immediate success, Zappacosta was asked to participate in the all-star charity project, “Tears Are Not Enough,” the Canadian answer to “We Are The World.” “Tears Are Not Enough” was co-written and produced by David Foster and engineered by Bob Rock. Rock was also at the helm for Zappacosta’s 1986 sophomore album, “A To Z.” Around that same time, Foster and Rock were also working on the new Paul Hyde & The Payolas’ record “Here’s The World For Ya.” It was pretty natural that Foster got involved in the Zappacosta project, co-writing with the singer the power ballad, “Nothing Can Stand In Your Way.” That song presented an intense performance by the talented Zappacosta set in the typical atmospheres of Foster’s successful material of the eighties. “Nothing Can Stand In Your Way” was released as the second single off “A To Z” and became a big hit on the charts while the album was certified gold in Canada. “A To Z” is another good example of well written, pop/rock stuff with several good songs and would be another Juno winner as “Album Of The Year.” Zappacosta gives convincing performances throughout the recording.

Zappacosta would go on to perform “Overload” on the hit “Dirty Dancing” soundtrack and eventually worked in a few successful musicals. In the late nineties, Zappacosta’s subsequent works were more suited for adult contemporary/smooth jazz audiences and achieved good success and critical acclaim. 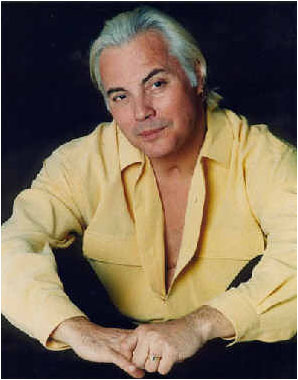