SO HELP ME GIRL

Gary Barlow was the lead singer and main songwriter of UK teen band, Take That. During the nineties, Take That became a worldwide musical phenomenon selling millions of records with giant hits like “Back For Good,” “Relight My Fire,” “Never Forget” and “Sure.” After the band broke-up, in 1996, Barlow, who was clearly the best musician in the band, ventured into a solo career.

In 1976, David Foster produced Jaye P. Morgan’s self-titled album. It was a musical treat that offered fans the first important signs of Foster’s quality pop that would fully bloom on milestone albums like “Airplay.” Unfortunately, and in spite of its superior artistic value, “Jaye P. Morgan” never got the distribution it deserved thus becoming a well-kept secret. Thankfully, many of the songs included on the album resurfaced a couple of years later on new releases by R&B acts Hodges, James & Smith and Jaisun Johnson.

From THE ULTIMATE HALL + OATES
Written by Daryl Hall

Daryl Hall & John Oates are among the most successful duos in the history of popular music. Their sophisticated mix of pop/rock and soul dominated the charts in the eighties. During their chart-topping years, Hall & Oates scored 28 Top 40 hits including six number ones. Their songbook includes gems like “Kiss On My List,” “Private Eyes,” “Sara Smile” and “I Can’t Go For That (No Can Do).”

PRAY FOR A BETTER DAY

Bianca Ryan is the teen vocal phenomenon who, in 1995 when she was just 11 years old, won the first season of Simon Cowell’s produced show, “America’s Got Talent.”
During the show, Ryan performed outstanding renditions of classics like “And I Am Telling You I’m Not Going” from Dreamgirls and R. Kelly’s “I Believe I Can Fly” gaining immediate attention from the media and audiences alike.

FEATURING AN ALL STAR CAST IN A CELEBRATION 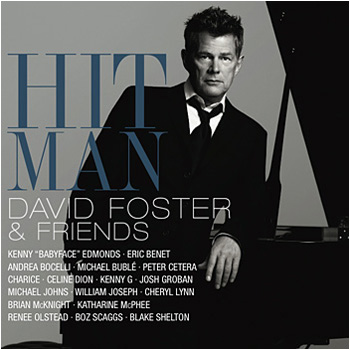