THICKE OF THE NIGHT

TV actor Alan Thicke became famous in the late seventies starring in the popular sit-com “Growing Pains.” In the early eighties, Thicke had his own successful Canadian TV show aptly titled “The Alan Thicke Show” followed in 1983 by “Thicke Of The Night” on American late night television. David Foster and Jay Graydon, both old friends of Thicke’s, co-wrote the theme song for “Thicke Of The Night.” Although the show wasn’t a hit, it helped launch the career of Arsenio Hall and showcased some top notch music performances. Floating around the net is a memorable episode with Foster, Graydon, Bill Champlin, Tommy Funderburk and Fee Waybill performing a wonderful rendition of “After The Love Is Gone.”

The Airplay guys appeared often on “Thicke Of The Night” and kept writing good stuff with Thicke. A couple of those tunes ended up on milestone albums by Lou Rawls and Champlin. As a consequence of the TV show, a single was released with two songs, “Thicke Of The Night” and “Grandma.” The theme song is a powerful rocker with great synth work by Foster and powerful guitars by Graydon. Thicke’s vocal performance isn’t impeccable but scores anyway with great vocal support from Richard Page. “Grandma,” is a ballad co-written by Foster and Thicke. It’s a nice song along the lines of Foster’s work for Kenny Rogers, but suffers from Thicke’s weak vocals.  Foster, however, delivers some effective piano lines and provides a solid arrangement.

Thicke also wrote several theme songs for many big TV shows and sit-coms including ” Wheel Of Fortune,” “Celebrity Sweepstakes,” “The Joker’s Wild,” “The Wizard Of Odds,” “Diff’rent Strokes” and “The Facts Of Life.” He’s also the father of platinum-selling R&B singer Robin Thicke. 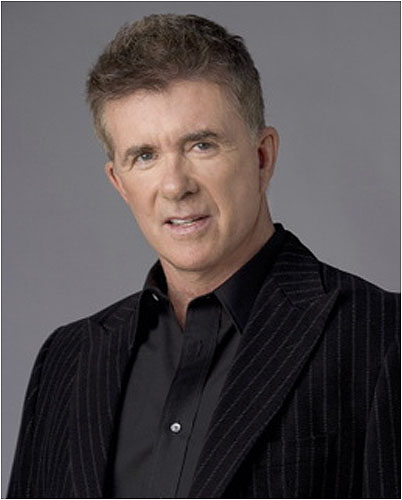